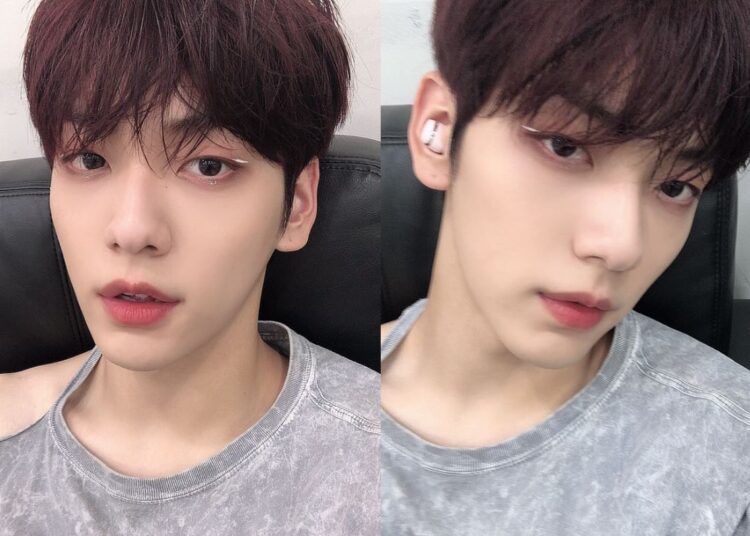 Likewise, they demand protection for the members of TXT in the face of a new incident with sasaengs. A video of TXT’s Soobin having an accident outside of Music Bank causes a stir among fans and tarnishes the group’s successful comeback with “Loser = Lover.”

In addition to showing the lack of protection against harassers, he would have recorded the aggression committed against him by a member of the staff, as reported by the fans. The worker in question would be a manager of the K-pop boyband, who, according to records and testimonies of people in the place, pushed the 20-year-old idol causing him to hit his head hard when getting into a vehicle.

The manager was also recorded being aggressive towards other members of the staff. The siege of sasaengs (extreme followers) at the exit of the musical program would also be related to this incident and another that Beomgyu suffered in the same location, the fandom claims.

You could also be interested in: Bella Poarch is deeply in love with BTS’ RM.

MOA at an international level is mobilized through the internet through the hashtag #PROTECT_TXT, which remains in the trends of social media, and by sending mass emails to BIGHIT MUSIC. In their message to the company, the TXT fandom demands greater care towards artists and that action be taken regarding the stalkers, especially those who assaulted member Beomgyu in the bathroom.

Likewise, and with videos of the event as testimony, they demand the dismissal of the manager, whom they accuse of assaulting the famous 20-year-old Korean.

On the other hand, Internet users assure that the manager would have pushed Soobin not with the intention of hurting him, but to hurry up to the vehicle and get rid of the sasaengs, but that in the attempt the accident occurred. 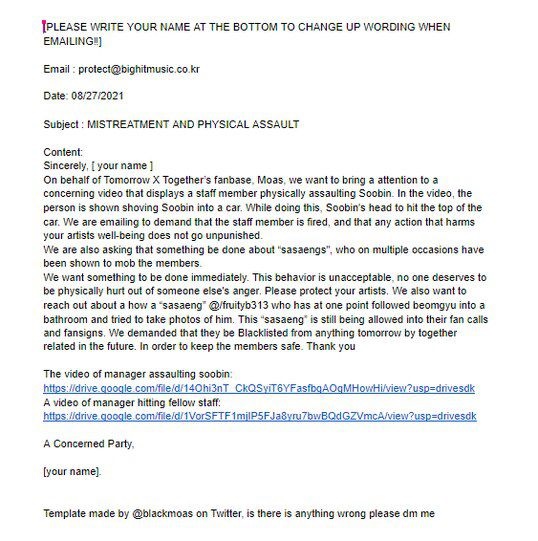 In addition, they explain that his disturbed attitude would respond to the presence of the bullies in the parking lot of the building, a private place that only idols and authorized personnel are supposed to access. However, fans remain in their position and allege that the staff would have a history of aggressive attitude.