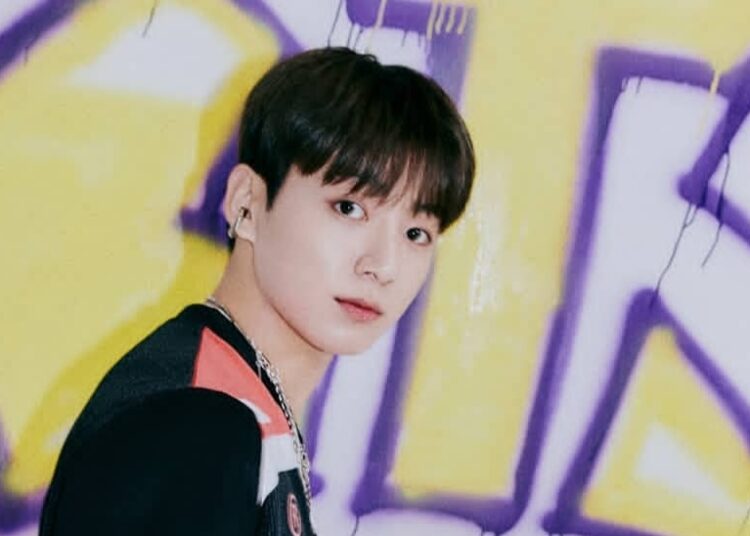 The golden maknae could not help crying as he dedicated a few tender words to his beloved fandom.

Fans are an important part of any artist. For BTS, ARMY is a loyal, unique and special fandom, as the people that make it up have defended the idols from any unjustified attack that directly harms them. One of the most important and emotional moments for the fandom was when Jungkook couldn’t help crying when reading a letter where he showed his love to his fans.

BTS is one of the bands that makes the most content for their fans, with variety shows, lives, photoshoots, videos and more that seek to show ARMY a little more of their personality and make them a part of their success, something that clearly the fandom thanks.

It was in the ‘Winter Package BTS’ where the idols gave themselves a space to write letters to their fandom and make it clear to them how much they love them. It is not the first time they do this, because let’s remember that idols have taken on the task of making it clear that several of their songs were inspired by their fans such as ‘Telepathy’, ‘We are Bulletproof: the eternal’ and many plus.

The seven idols gave their best words for the fandom and made it clear that there was enormous gratitude for their fandom, also commented that they expected ARMY to have a good start to 2020. It is important to mention that this content was recorded in Finland and it was before A pandemic will paralyze the music industry and consequently, BTS’s plans to present before ARMY.

Each one did their best to make ARMY laugh, J-Hope with his pleasant cuteness made some members of the fandom laugh while Jimin was concise and made the members laugh. Namjoon, for his part, used his signature lyrics to make the fandom see how much he loves him.

Jungkook cries with love for ARMY when reading this letter

It was the moment of the maknae and he dedicated some tender words to the fans who have not left them over the years. The members realized that he had written a lot and assured that it would be a very emotional letter, as Jungkook always sought to capture his emotions.

‘To ARMY, the hot summer passed us and the winter arrived. With winter so close I have become sentimental, so I look at the sky while so many thoughts cross my mind, ‘begins the letter of the youngest of BTS. ‘Of course you ARMY occupy most of them, are you thinking of me often too?’ Jungkook read.

The more he progressed with his letter, Jimin realized that Jungkook’s ears were turning red and he assured that he was being sincere, however, he let him finish with his longed-for reading. The golden maknae confirmed that the memories of him with his fandom are beautiful and he hopes ARMY has the same of him.

I will be better for you. I wish you health and happiness every day, I love you, ‘she concluded.

When he finished with his letter the members applauded him and said that he had been sincere. However, RM approached him and told her friends that Jungkook’s eyes had tears, therefore she wanted to cry. Hearing this, everyone asked him why she was crying and joked with him.

Namjoon commented that it was okay to cry because it was a very sincere letter and without thinking, Jungkook covered his face with the letter from him and started crying. Amid the laughter, the BTS members ran to hug him and give him his support in such an emotional moment, the idol wiped his tears and nose as he continued to cry.

Jimin made a few acronyms and told him to please stop crying and to be happy. Without a doubt, this moment marked the entire ARMY and they assured that they could not with the love that BTS has for their fans. Have you ever seen this relationship between fans and an artist? leave us your comments on social networks.