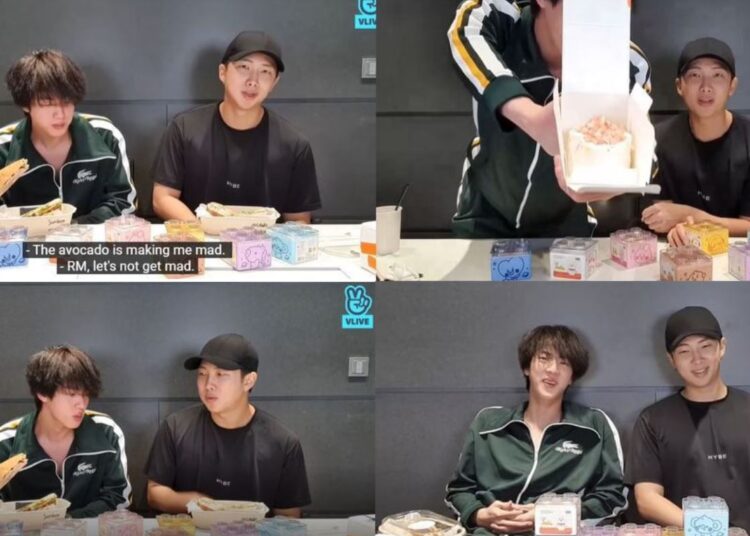 restaurant apologizes for incident with BTS’ Jin and RM on VLive. According to ARMY of Korea, some staff have tried to use members RM and Jin to promote dessert and snack shop. A food business became controversial with ARMY Korea due to what happened during and after RM and Jin’s broadcast on VLive.

The members tasted desserts delivered by their staff, and soon after, the Plate Dessert brand referred to the idols as “BTS coin.” According to a post on Korean forums, the situation started badly since the snacks were offered to BTS members on live streaming. 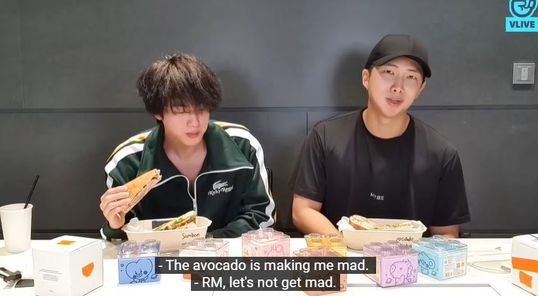 At the beginning of the broadcast, both idols said that they had not had dinner and had sandwiches and desserts on the table. ARMY noticed that they were reading the names of the products they were consuming and found it strange that they showed the packaging. These came from the Feel Like Eat restaurant, associated with the dessert brand mentioned above.

Jin noted, “We are not promoting this, but we never know what we are doing and why.” RM asked if it was advertising by looking to the side and then said no in front of cameras. After a few minutes they realized that the products had ingredients that they did not like.

RM’s sandwich had avocado and he ended up taking a single bite of the snack.

You could also be interested in: Red Velvet’s Joy and Crush are dating: agencies confirmed relationship.

He preferred to eat the sandwich that Seokjin invited him to. But the vocalist also had the same drawback.

“Jin has a known fact among his fans that he hates pastry cream, but they still served him a cream cake,” he reads in the post. Jin only ate the decoration fruit.

Following the broadcast, a business instastory posted a screenshot showing idols testing the products and the expression “JMT,” which means “very delicious,” was added. A restaurant / patisserie employee commented, “This is the ‘Bangtan coin’ I have heard of?“. Plate Dessert replied the story with laughter and repeating the expression “Bangtan coin”. 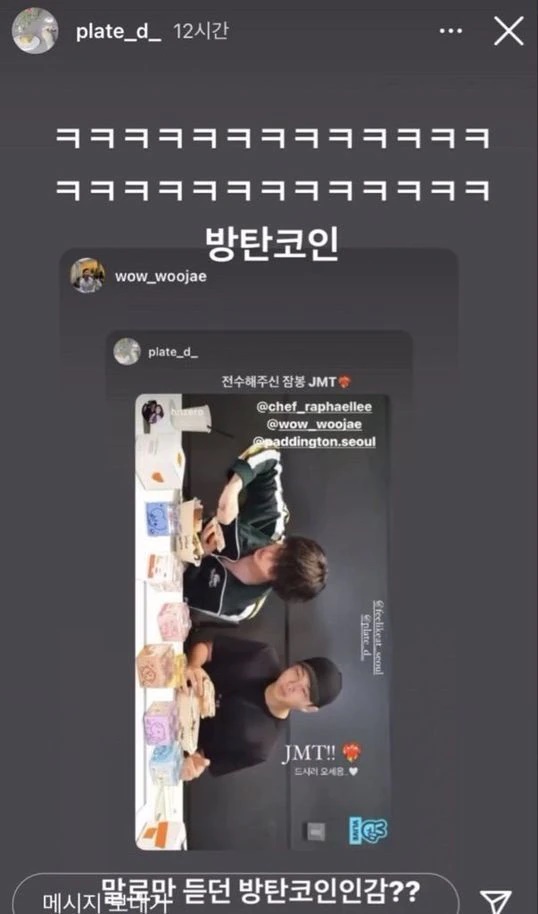 For fans, it was a way of hinting that more profits would come from BTS. After that, Korean fans of the boyband took to the restaurant’s Instagram to express their dismay. Some ARMYs speculated that the business might have some contact in HYBE who wanted to take advantage of BTS’ fame.

In their social media, Plate D apologized for the expression “Coin-BTS”, but denied that they directly knew anyone in the agency of the musical group. “We were so happy that Bangtan enjoyed the food in our store that we used the term ‘BTS coin’ in a positive way. We did not realize that it could be misinterpreted as a negative.

It was our mistake not to realize that this might seem offensive to the fans and we apologize.” 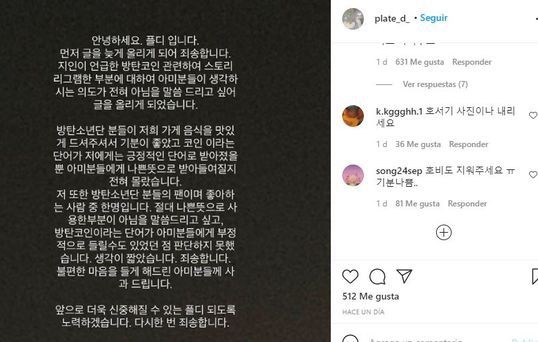 In a second post, the restaurant added: “We want to clarify that we have no connection with the agency and neither do we deliver exchanges. We act as with any client who sends an order to our premises. We only found out that it was BTS when one of our employees told us that an order had been delivered.”

BTS: J-Hope gives Jin an unexpected surprise during the filming of ‘The Astronaut’