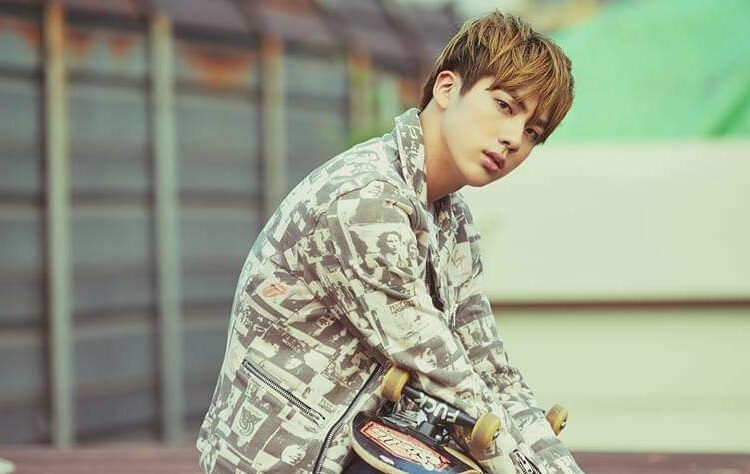 K-drama star Song Kan and KNK member Seo-Ham were fascinated by Jin due to his physical and inner beauty. Check why.

If anyone doubted Jin’s beauty, two actors from the drama just confirmed how attractive the idol is in person. Not for nothing was the BTS member named by ARMY as the Worldwide Handsome, the musician not only has a blinding beauty, and a great sense of humor, but he is also a great person, as the stars of the Korean dramas.

The exact moment in which idol gained fame as the Worldwide Handsome is not known, as many believe that it was with the King Choice, but others say that it began at a press conference of the BBMAs 2017, where they asked him if they were at both of the trending topic on Twitter, to which Jin replied that they were referring to him and admitted that he was surprised that he is considered handsome outside of South Korea. Also, he mentioned the nickname by which he would be known to this day.

On more than one occasion, you have asked yourself what does Jin look like in person? And you probably have not found a concrete answer. If so, don’t worry as actor Song Kang and KNK member Seo-Ham shared their impressions of meeting the idol for the first time in an interview.

During an interview with a Korean show, the host mentioned the BTS member: “Jin, your alma mater, became an idol after dreaming of being an actor, right? So Song Kan nodded and said that he had. Seen once at school and thoughts you had after seeing it in person:

“One day, I saw a very handsome man approach. I asked my classmate who he was and found out that he was Jin. I thought, ‘Do I have to be as handsome as him to debut as an artist?’ ”Song Kang recounted.

For his part, Seo-Ham also trained with Jin, so the first day he saw him in training left him speechless.

“Jin is much more handsome than expected when you see him for real.

He is so handsome that being next to him makes me look relatively ugly, ”he commented.

The KNK member not only mentioned how beautiful Jin is in person, but also mentioned that thanks to him he was able to quickly adapt to his learning. Also, when he met him, he couldn’t help but feel enormous gratitude that he invited him to eat cold noodles (Naengmyeon), which is still present in his memory.

“Even after debuting and being busy, he continues to contact me as usual and gives me good advice, which impresses me, although most of the time he is always making jokes, he added”

Also, Seo-Ham said that he was a person to whom he was very grateful, like a good older brother and “a veteran that I respect”. There is no doubt that the idol knows how to impress the first moment you meet him and, in addition, he has a huge heart to support people.

KPOP VISUAL OF THE YEAR -Round 2-, Who will win?? vote here!