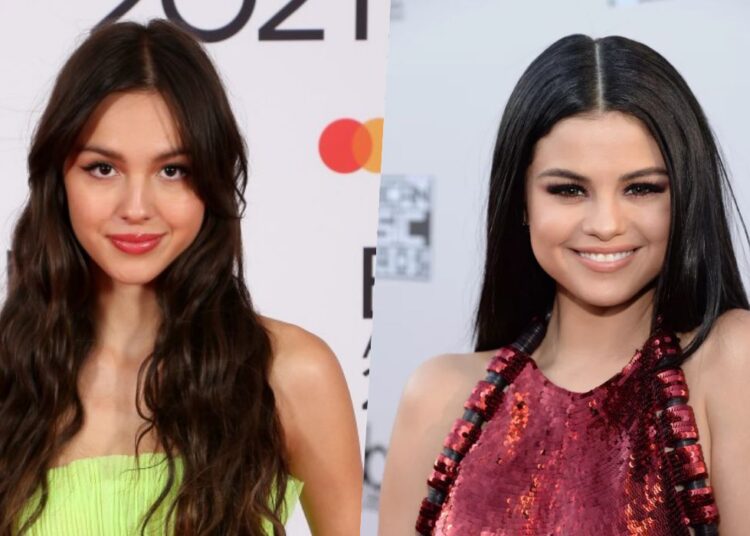 Olivia Rodrigo reached world stardom very early, at just 18 years old. With impressive numbers and songs at the top of the North American chart, the singer and actress has seen her life completely change in the last eight months. In an interview with Variety, the owner of “Good 4 u” said that she received advice from two stars who, like her, became famous at an early age.

“I met Selena and she was very kind […] She spoke to me a lot about prioritizing mental health, which I think is very important in this sector. We were all put in the spotlight from the beginning. This can be draining on mental health and bring all these weird problems“

Taylor has already declared her affection for Olivia shortly after the release of “Drivers License“. The veteran wrote a letter to Rodrigo, who is a great admirer of her work.

“She wrote me a letter a while ago. She wrote something about how you create your own luck, and the way she treats people always comes back to you“

Olivia Rodrigo on the cover of Variety's Power of Young Hollywood Issue.

When Olivia released her debut album, “Sour,” she was compared to some veterans like Avril Lavigne, who gave a testimonial about the singer, praising her honesty:

“I think it’s important for people like Olivia to give an honest voice to so many young people who are still discovering themselves […] her songs are her truth, and she really feels it. She can tell she’s real by the way all of her fans pick up on every word she says“

Among other news related to Olivia Rodrigo, rumors about “Drivers License” follow the singer to this day. She commented on the speculations involving Joshua Bassett and Sabrina Carpenter.

“I released the song not knowing what this reaction would generate, so it was really weird when it happened. I remember everyone was very strange and speculated about things that they had no idea about. I really don’t believe in hating other women because of men. I think it’s so stupid, and it really bothers me that this narrative is spreading”, Olivia said.