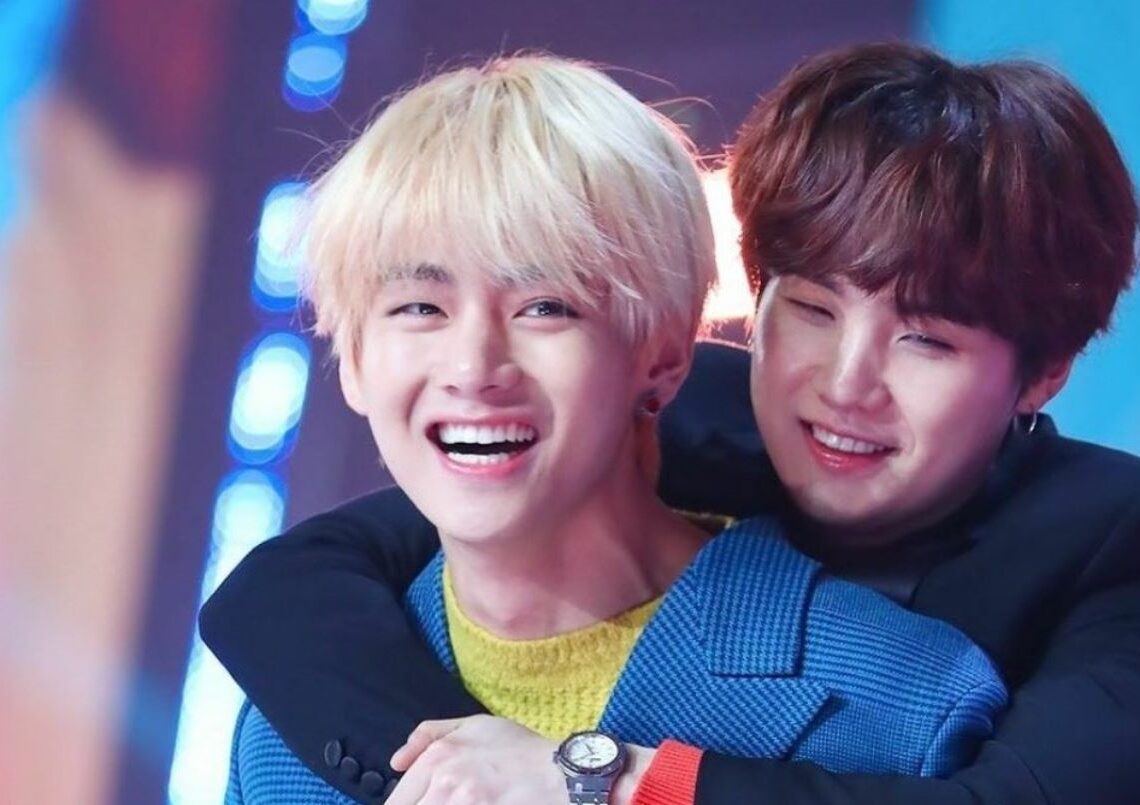 Recently, BTS released “Memories 2020” compilation DVD with the best moments of the past year. ARMY always appreciates the moments they share behind the scenes, but there was a time when Suga surprised his members and made Taehyung cry. Suga is known for not being expressive, they even pruned him as “the grandfather” since he always wants to sleep.

Suga is one of the members who produces and writes his own songs, as well as working on the group’s albums. Despite his personality, he is very introspective with emotions and thoughts, so when he confessed to Taehyung, he surprised him to tears.

As part of the FESTA 2018 celebration for BTS’s anniversary, the Korean idols held a broadcast titled “Dinner Party,” where they cooked and shared various anecdotes that they have experienced within the group.

Taehyung said that everyone has been a great support to him, but one of the members surprised him after receiving an unexpected text message, when asked who it was, he said that Suga was responsible.

Some fans came to think that they were not so close, but Taehyung ended the speculation when he revealed that Suga wrote a great message, he didn’t reveal the content, but Yoongi even wrote “I love you“, which made V cry for 10 minutes. At that moment, everyone started joking around and was surprised by Suga’s action.

You could also be interested in: TXT’s Soobin gives cute spoiler for group’s new album.

Jin said that he has only received 5 messages from him, but it was the first time that he dedicated a long text to someone of his members to talk about his feelings, something that he had never said to Taehyung, since he is not usually expressive. Jungkook was also the other lucky person to receive such a message.

The other members joked about it and said that they also wanted to read those words, Jimin even told him that he would give him strength if he heard him say “I love you”. This is not the first time that Suga and V have tested the power of their friendship, since in the past they did not enjoy the same possibilities.

During their first years of debut, they went to a restaurant for dinner, did not have much money and decided to order a soup with a small portion of meat. Taehyung ended up giving the piece of food to Suga, who was moved and has never been able to forget it, since he considers his partner a great person.