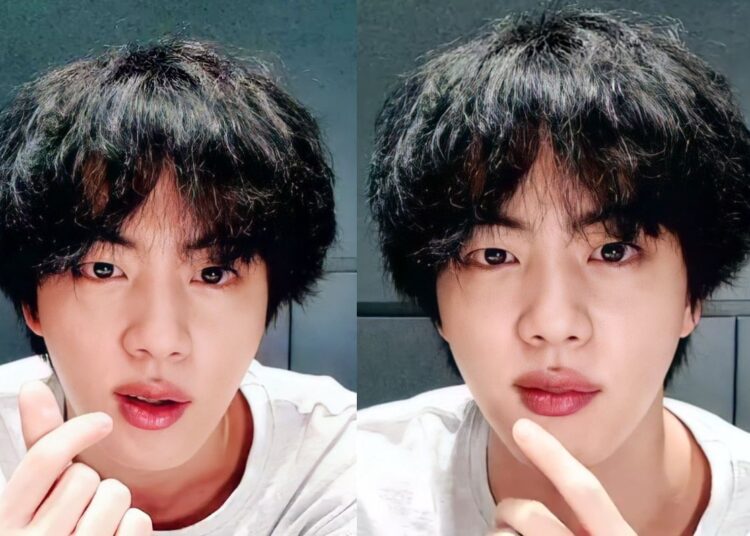 The K-pop band is not only music, they are also an example of self-improvement for their fans. This is how BTS’ Jin became a great help to ARMY. Being a fan of something helps us forget the daily problems of life while enjoying what we like the most.

BTS is a phenomenon who has participated in self-love campaigns and the fight against bullying, but Jin became a lifesaver for some fans thanks to these videos.

The older member of the band is characterized by his great confidence, which might seem excessive, but he is an example that self-esteem is important since he nicknamed himself Worldwide Handsome.

As someone who has silently struggled with an eating disorder for years, one of the most healing things I experienced with becoming ARMY was being able to enjoy food without torturing myself with guilt anymore thanks to #EatJin ? Watching Jin eat so heartily- pic.twitter.com/uMqVvrh7Ms

His song Epiphany is also a message of the importance of loving oneself, even if we are imperfect. But it was the videos of him that became a help and therapy for fans suffering from eating disorders. For 6 years, Jin has a hobby of making mukbang videos, a genre that consists of broadcasting while eating and combining ASMR.

You could also be interested in: BTS’ Dynamite has set an incredible record once again.

The idol has shared his vlogs through the VLive platform and recently made one while enjoying some bread cakes. The project was named by fans as “EatJin“, which became a lifesaver for fans who have shared their testimonies of suffering from eating problems.

On social media, there have been several ARMYs who shared their experience, including a girl who weighed 30 kilos. The BTS idol always encouraged them to enjoy food in each video, since he himself had problems following strict diets. The advice Jin shared is that you should be happy and eat whatever you want, without worrying about how you look.

Justin Bieber gets million-dollar deal by selling his music catalog