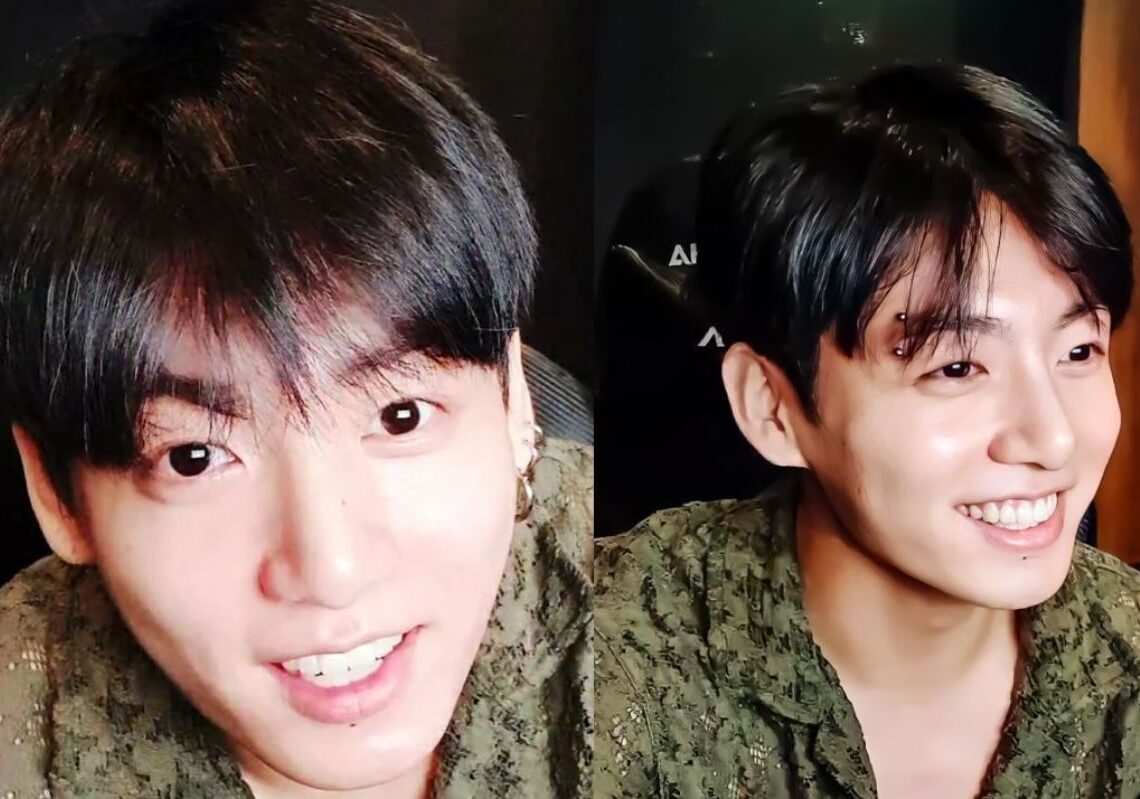 BTS’ golden maknae delighted ARMY with a home concert on VLive and talked about the piercing that debuted in the “Butter” era. Jungkook causes a sensation among fans by revealing that his right eyebrow piercing is real. The BTS vocalist did a surprise broadcast on VLive and shared the truth about his current look.

The first time the Music Mundial Maknae of the Year was seen with the accessory on his face was at the premiere of “Butter“. However, at that time, Jungkook said that he had only used stickers to complete his concept. Two months later, the piercing in the eyebrow continues in the performances of “Permission to dance” and it seems that it’s already part of his personal style.

Jungkook explained what happened: “Ah, the eyebrow. I pierced it. It was too difficult to put the sticker all the time, so I just got the piercing.” The singer who recently cut his hair also hinted that he missed the long style a bit. “I am thinking of growing my hair back. When I have long hair I tell myself that I will never cut it,” he joked.

You could also be interested in: Jackson Wang Releases “Drive You Home” and exceeds expectations.

As a surprise to ARMY, Jungkook took the microphone, received musical requests, and delighted his audience on VLive with various BTS songs and covers by other artists. He performed “Bapsae“, the song from the 2015 album “The most beautiful moment in life Part 2“.

He also sang his solo “Euphoria” and tried to remember the choreography that he used to dance to when he performed this song on BTS tours. In total, there were 12 songs that were recorded in the broadcast. In addition to “Bapsae” and “Euphoria”, covers of hits by Justin Bieber, Bruno Mars and blackbear were part of his repertoire.

Jungkook mentioned that he set up this dynamic because he has gone a long time without shows with ARMY in the public. “It was fun doing this little concert, I think for the next time I’ll make a list,” he commented before saying goodbye to streaming.