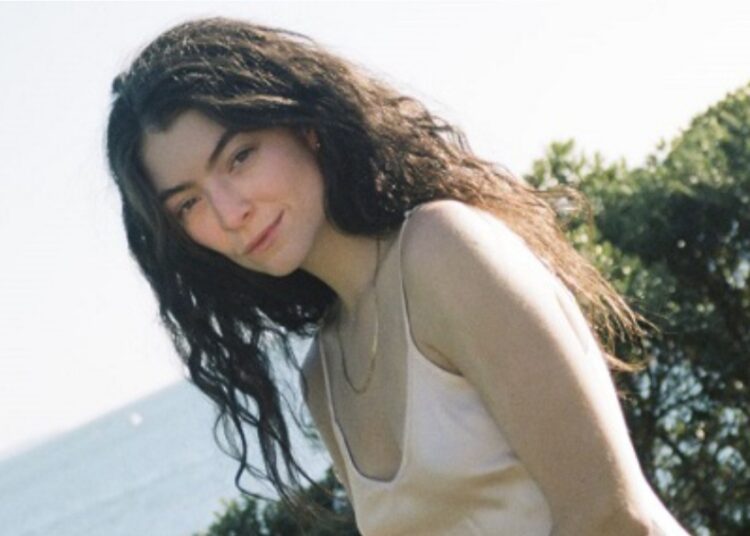 On Wednesday night, July 22, Lorde appeared on the American television program “Late Night with Seth Meyers” and agreed to participate in a section for which few have value. It is about the “Day of Drinking“, where basically the presenter accompanies the guest to a bar to drink a lot. They end up getting completely drunk.

When you’re day drinking with @SethMeyers and @Lorde, "Ribs" are garnish. #DayDrinking pic.twitter.com/K1hgFsEZPX

Previously, few artists participated in this framework. It was just Rihanna, Kelly Clarkson and the Jonas Brothers, in addition to the host’s own mother. There was a question and answer game. Whoever made a mistake had to drink. In the end, Lorde was strong for the drink. She even got dizzy, but she didn’t go “crazy.” Anyway, it was fun.

Lorde wasn’t drunk when she debuted with “Stoned at the Nail Salon” a song from the “Solar Power” album released that same day. The stage was set up like a beautiful flower garden and she sang sitting down, creating an atmosphere of tranquility.

In other Lorde-related news, the singer released the new song on Wednesday July 21 and gave an interview to Zane Lowe on Apple Music. It was her cue to talk about her choice to tune out on social media, despite her fans’ longing for her.

“I realized I was trying to create a fun Instagram post and snap a photo that looked great to get a certain amount of likes. It sounds obvious, but it is dishonest. I am not a girl who likes many. I am who I am and I have to lean towards that. I think last year I was 21 years old and I still liked boys, and then the culture started to change and I didn’t know if I wanted to change with it” explains Lorde.

There came a time when she didn’t know if she wanted to be a TikTok prank girl or an Instagram Stories girl.

“A real crossroads“, says the singer-songwriter.

“It was like, ‘Do you want to stay a kid or do you want to go through that and be some kind of statesman over 24?’“

The delicate situation of BTS’s Jin that worries the ARMY