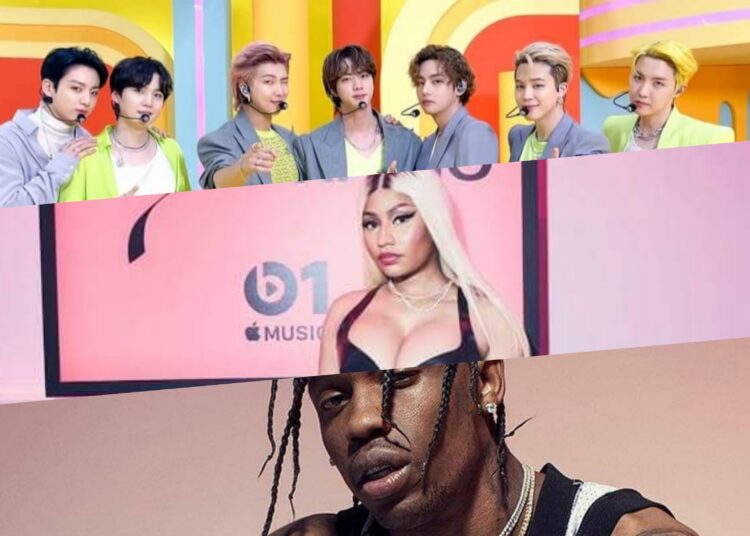 Will reaching # 1 on the Hot 100 guarantee stability on the Charts? The answer is no. Although the vast majority of singles that have managed to position themselves at # 1 on the popular US Chart have been resounding successes, some that others do not have the same luck.

In recent years it is where this unfortunate problem has been seen the most, with 2020 being the period where more songs managed to reach the maximum position, but also where some of them suffered large falls in their second week or left the chart in record time.

Based on their total weeks performance on Billboard, these are the 5 most fleeting # 1 hits of all time:

The remix of Tiktok’s viral hit “Savage Love” reached # 1 on the Hot 100, marking the second # 1 hit for both artists. The remix had a strong sales presence during its first week, but sadly in its second week of counting it didn’t go the same way, causing BTS to be discredited a week after reaching # 1. Being in this way the # 1 most fleeting in the entire history of the chart so far.

The remix of Doja Cat’s viral hit Say so came into the hands of veteran rapper Nicki Minaj. The song managed to sell more than 60,000 copies and generating more than 28 million transmissions, allowing it to reach # 1 on the Chart, it was the first # 1 for both artists. In its second week the song fell to # 2, but the remix no longer had the main prevalence either in sales or streams, causing Nicki Minaj in its third week to be discredited from the song, appearing again only as “Say so, of Doja Cat “. This makes it the second most fleeting # 1 in chart history, with only two weeks of counting.

TROLLZ was announced as the second single from Tekashi’s second studio album, with her being hers first album after being released from prison. Tekashi had announced the single assuring that he was going to commit the same scams that Ariana Grande and Justin Bieber would have committed a few weeks ago with their also fleeting # 1 hit, “Stuck With U” that prevented Tekashi’s lead single from making its debut at the top. , causing a big fight by the controversial rapper.

TROLLZ was finally able to reach # 1 thanks to a large number of trade-in sales bundles, but sadly in their second week they did not work and caused a big drop to # 34, and lasted only four weeks on the Billboard chart. and being considered the reason why Billboard proceeded to eliminate the bundles as a sold song copy.

“THE SCOTTS” was a song made for the fornite event performed by popular American rapper Travis Scott. The song became very popular in its first week, debuting at # 1, but in its second week it fell to # 11 and never managed to re-enter the top 10. It spent only 12 weeks on the chart, thus becoming the number one. 5th most fleeting # 1 hit in chart history.

Kanye West admits he did “unacceptable things” as a husband