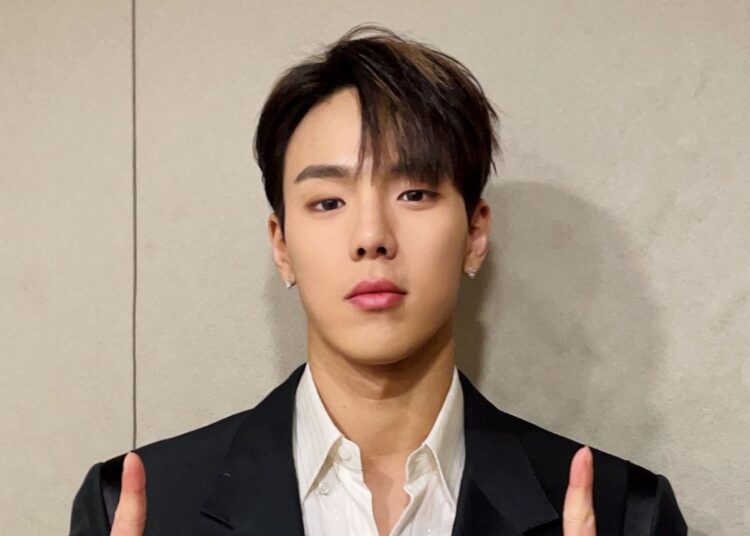 MONSTA X’s Shownu thanked his fans in a letter and revealed the date of his enlistment. MONSTA X will be temporarily saying goodbye to their leader, as Shownu confirmed his enlistment date for the month of July. The news was awaited with caution by the fans, because due to his age (29) he was named as one of the K-pop idols who had to fulfill their military service in 2021.

The current law in the Asian country calls all male of Korean nationality to enlist as a mandatory recruit between 18 and 28 years old. The modality is defined after a health evaluation. There are only very specific cases for K-pop idols to be able to delay military service. On July 10, Shownu announced to Monbebe that he had received the call of duty and gave thanks for the support he received since his debut in 2015.

Son Hyun Woo (his real name) shared his reflections on life in a letter. Shownu will enter military service on July 22. He will go through three weeks of basic training and then serve as a public servant, Starship Entertainment agency confirmed in a statement. The classification is because the idol has a medical history of retinal detachment surgery in his left eye.

You could also be interested in: ATEEZ’s San tests positive for COVID-19 on the eve of his birthday.

How long will Shownu’s military service last? With his modality, the term of service for the leader of MONSTA X is approximately two years.

It is estimated that he would be back in April 2023. Translation of Shownu’s letter for his military service:

“Hello everybody. How are you all? This is MONSTA X’s Shownu. From July 22, I will be taking a short hiatus to fulfill my duties in national defense. It feels like only yesterday I made my debut, but it’s time to go to the military. As I have worked hard up to now, I have experienced happiness, sadness, and meaningful moments with the members and with MONBEBE.

The love and support that I have received from fans is not only the love between two people but it is something much bigger. There were times where I unconsciously started taking it for granted and times when I realized I shouldn’t do that. Thank you for letting me feel and go through so many things through MONSTA X.

I will do my best to make it up to you, so please continue to enjoy MONSTA X and myself. Thank you for making me notice that I can experience new things every day. The life that I’m living now, the path I chose could be worse than what was originally there, maybe it could be better, or it could be something excessive, who knows.

I believe that happiness is living through things like gratitude, love, disappointments and regrets. Regardless of whether this is a good or bad life, I believe that I am simply a happy person.

Since I started talking about life because I won’t be able to promote for a while, I must be nervous. Anyway, thank you and stay happy and healthy.

I always love you and I hope to meet you soon“.

Momo suffered a dangerous accident before TWICE’s last concert in the U.S.