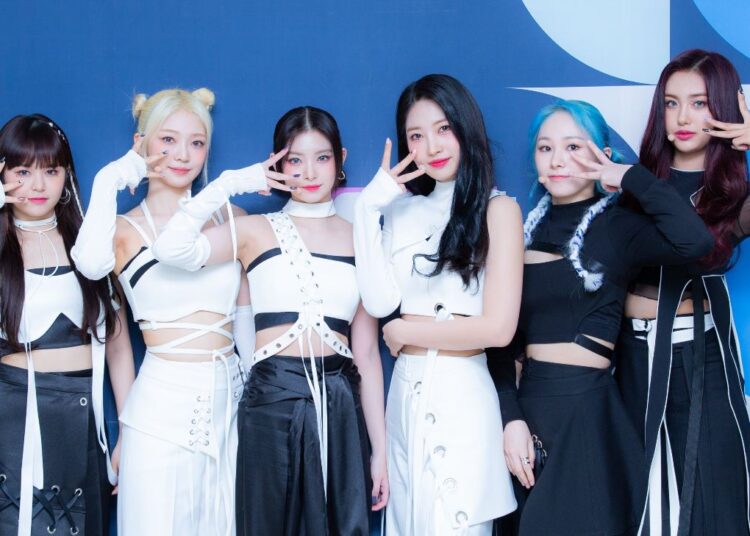 What’s going on with EVERGLOW? The K-Pop group set off the alarms of its fans on social media, who positioned several hashtags in trend to demand an explanation after the last video transmitted by the members, since apparently one of the girls was screaming and being mistreated.

The girlband recently made a comeback with their comeback “FIRST” and have been doing promotions for the past few weeks. However, the attention of their fans is now focused on clarifying what is happening with the members and their staff.

This is not the first time that the Yuehua Entertainment has caused the discontent of the so-called Forever, who have denounced the little promotion and mismanagement that the group has regarding its activities and projects.

You could also be interested in: BTS’ Jungkook and TXT’s Taehyun share cute interaction at the gym.

Why do fans think EVERGLOW is mistreated? The controversy that put fans on alert was after one of the members of the K-pop group made a transmission through VLive, everything was apparently normal, despite the fact that the video only contained the audio without letting the woman see person in front of the camera.

The moment that scared the EVERGLOW fans was when screams began to be heard in the background, especially those of a man who sounds quite annoyed, in addition, it seems that the idol who was live played some music to muffle the strange sounds.

share this video please, it's important. we need to protect everglow and aisha!!#WhatsHappeninglnthisVlive #ProtectEverglow pic.twitter.com/4fduADZfEL

Fans also claim that a girl’s scream was heard amid the uproar and they believe it was member Aisha. They immediately flooded social networks with hashtags such as #WhatsHappeningInThisVLive and #ProtectEverglow, and they also demanded an explanation from the Yuehua company, as they are concerned about the well-being of idols.

So far, the agency has not responded and suspicions increased after the video was deleted from the platform. It is unknown if the screams were the product of one person or some alternate broadcast at the time, such as a drama or movie that confused them.