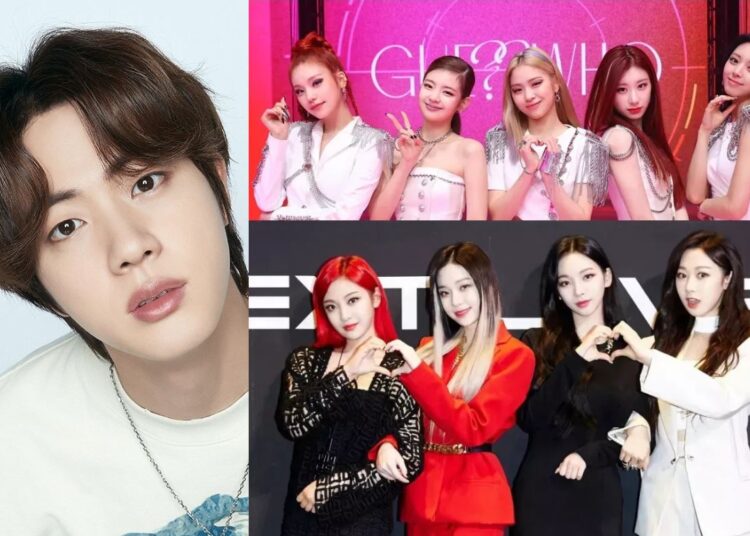 Who doesn’t love good music while showering? BTS’s Jin certainly loves it. He participated in the program “BigHit Music Record”, of Melo Radio in South Korea, and told what songs liven up his bathroom. Most are even K-Pop, but it also included Billie Eilish.

With this we can conclude that Jin is tuned in to the K-Pop news. Aespa is SM Entertainment’s new girl group and is gaining more and more fans, including Jin. “Black Mamba” was the group’s debut single.

On the other hand, ‘In The Morning‘ is the latest comeback for ITZY, the last girl band released by JYP Entertainment in 2019 and the idol performer of “abyss” is now a huge fan of the group. Here’s the full list of Jin’s favorite songs:

You could also be interested in: CJ ENM talks about a possible Iz*One comeback.

In other related news, the boys of BTS last weekend celebrated their 8-year career with a super online event called Muster SOWOOZOO and of course the numbers behind this live were huge, like everything the group does.

The two-day event had Jimin and RM singing the song “Chicken Noodle Soup” and many other special moments in Spanish and raised more than $ 70 million, according to the group’s label HYBE.

According to a press release, BTS‘s anniversary audience was 1.33 million people, spread over 195 different countries. With tickets between $ 44 and $ 53, the online event’s turnover was $ 71.6 million, in amounts already converted from the South Korean currency, Won.

Total earnings from the online event also include special Muster SOWOOZOO live merchandise. The concert, which lasted about two hours each day, took place outside the Jamsil Olympic Stadium in Seoul, the South Korean capital.

BTS: Jimin and Suga showed their unconditional support for RM and his album ‘Indigo’