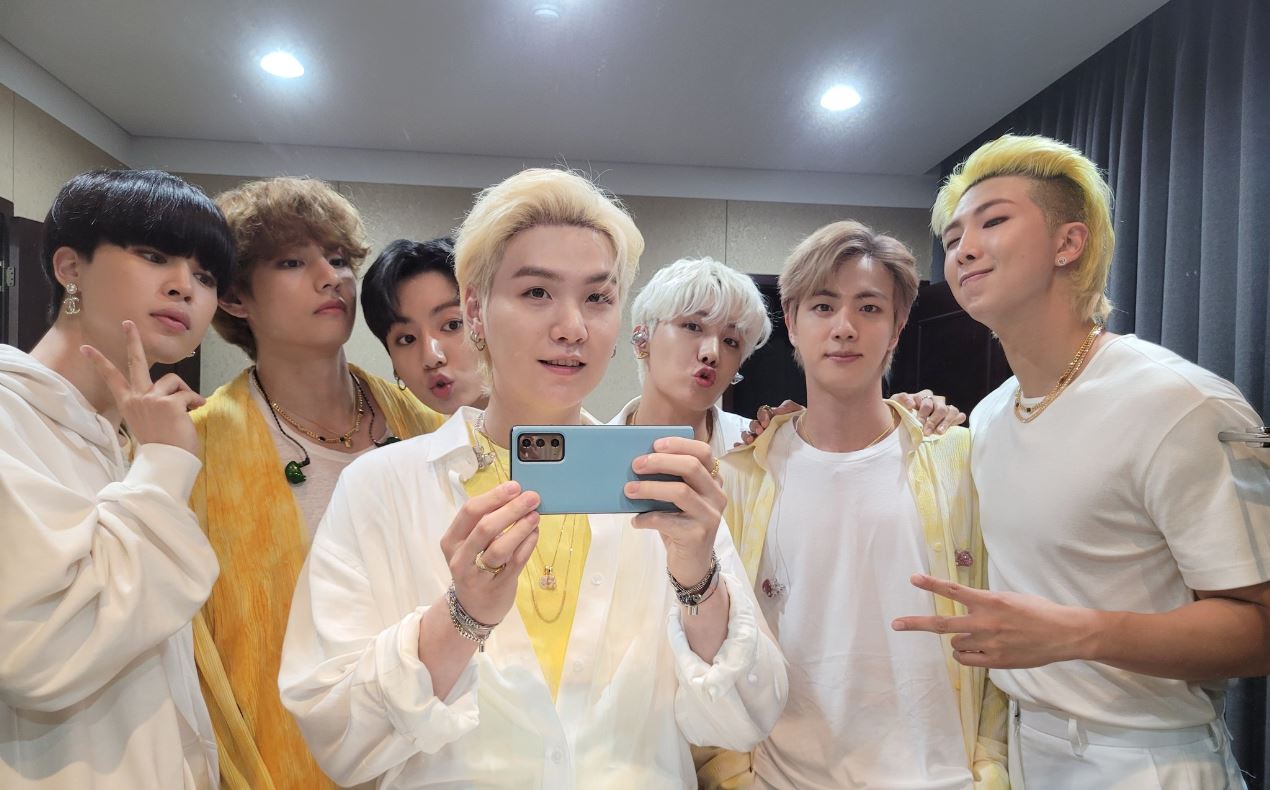 The promotion for ‘Butter‘ is on full blast and during a recent interview with Indian host Sakshma Srivastav, BTS talked about what was the hardest part of their new single to record. Remembering that “Butter” is the second song of the South Korean group completely in English.

For RM, “Butter is not a difficult subject”, but he affirmed that the creative process of its composition required a lot of effort. Also, singing it in English was a challenge. The rapper said, “We really enjoyed recording it, but some members had a hard time pronouncing the lyrics in English.”

At this point, Jungkook agreed and Suga said that he “mercilessly failed” to study English to write the rap lyrics for “Butter”. In other news related to BTS, their fans, called ARMY, are really determined. If they want something, they do everything they can to get it! The ultimate goal is for them to appear on Globo, Brazil’s largest television network, for an interview.

You could also be interested in: JYP Entertainment under fire for censoring Hyunjin from Stray Kids.

For that to happen, they are passing a message to Boninho, who is the central director of the entertainment channel. Fans constantly tag Boninho’s Twitter. He repeats the message to himself, always asking her to at least try to do an interview with the group members. Read the message:

“Hello, @boninho
We came here today to ask you to arrange an interview with group BTS. We are huge fans of his work and we would be honored if it happened. But if he can’t, just know that he has tried,” they wrote.

How respectful, right? Hopefully the message really reaches Boninho and can satisfy the requests of the fans. Globo is one of the biggest TV stations in the world and you would have the power to get this interview, which would be great.

BTS gives forceful respond to those who question their friendship

BTS: Kim Taehyung shows off his abs in competition against Jungkook

J.K. Rowling reveals she is anti-trans in controversial post: ‘they don’t menstruate’