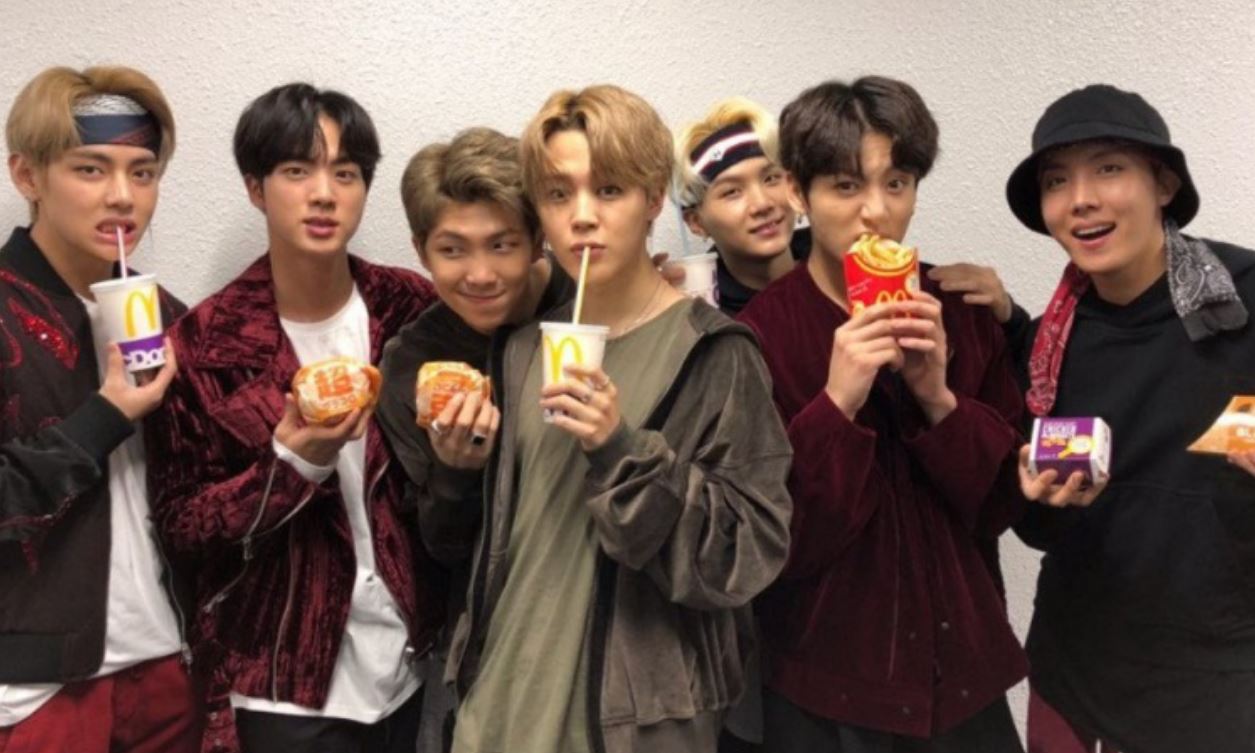 So BTS already rules the world, yes or no? associations between the boy band and countless companies are growing, from electronics to skincare. On the morning of Monday, April 19; fans were surprised by the announcement of the artists’ latest collaboration with the fast food company McDonald’s.

According to information from CNN, this May 26, the fast food company will make available a “menu” created by BTS that will include ten units of Chicken McNuggets, medium McFries, medium Coca-Cola. In addition of that, a brand ner Sweet Chili and Cajun sauces that are inspired by popular South Korean McDonald’s recipes and, of course; images of the boys.

An exclusive post on McDonald’s social media was featured; showing the group’s famous logo in the shape of French fries. “Stay tuned, BTS’s menu is coming this May.” In addition, on the profile of Tik Tok, the fast food company published a special video in which BTS himself sang the McDonald’s dingle.

You could also be interested in: Lisa from BLACKPINK to reportedly release her solo debut in June.

Also, according to CNN, this will be the first time that celebrity-signed products exclusively for McDonald’s will be launched in more than 50 countries simultaneously. In social networks, the news became a trend and ended up in trending topics with more than 20 thousand tweets. Fans are excited about the partnership.

The strength of the South Korean group BTS in the world music market is undeniable. And the boys have lived through a time of many achievements, especially after the release of “Dynamite”. The group has truly struggled throughout their career years to break countless records for sales, visits, and awards. The Korean boyband is really marking a before and after in the music industry. The world is expecting new music soon and BTS is working on it.