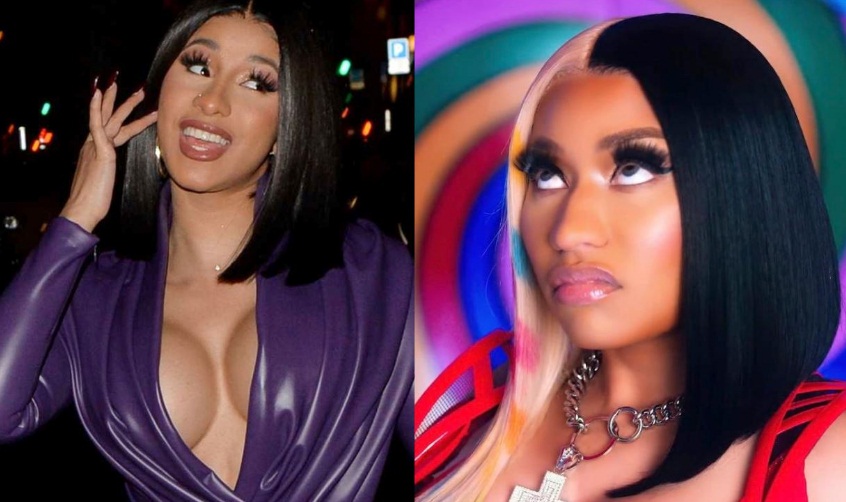 Cardi B did it again, her new song “UP” debuted at number two on the Billboard Hot 100 chart, the main one in the United States. With that, she couldn’t help but laugh in the faces of various Nicki Minaj fans. Many of them said on the Internet that she would not get another solo hit, since the previous ones were with collaborations (Megan Thee Stallion in “WAP”).

Well, Cardi managed to get “UP” to be solo and got a great chart position. In her social networks, Cardi B gave the best response to the Barbz who criticized her so much. The rapper said that the song was the best in reproductions and downloads; only lagging behind Olivia Rodrigo because of the radio the song would not be appropriate for the format and Cardi made it known.

Wig lifting and all .Let us talk our shit and brag for a day ,WE DESERVE It ! When it comes to Cardi it’s always something we work hard .We humble we deserve to get big cocky for at least a day .I’m sooo happy!!! I can’t wait for my next project ! pic.twitter.com/bs82Jrx6j2

“Last Monday they were on my Twitter comments saying ‘you can’t even get reactions.’ I have a lot of haters on Twitter, you know? They hate me. They said that I couldn’t get to the top 10 without the help of celebrities. And now look, you want to use this excuse from the radio, but don’t use it, they can’t beat me,”

concluded the rapper with a burlesque laugh.

This is not the first time that Cardi and Nicki Minaj fans have clashed, some of the so-called ‘BARBZ‘ always leave not so positive comments to Cardi in their posts and Cardi is never silent. In 2019, even the rapper had a confrontation in New York with a follower of Minaj, she sought him out in person and confronted him.