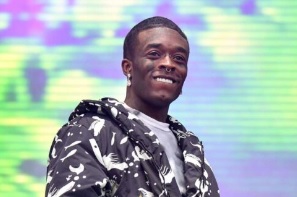 Lil Uzi Vert won’t be hard to find from now on, as the rapper has implanted a $24 million diamond on his forehead.

The XO Tour Llif3 rapper is known for his extravagant jewelry purchases, but his latest piercing certainly tops the list. In January, Lil Uzi included his plans for the facial diamond for the first time after informing his followers on social media:

“I’ve been paying for a natural pink Elliot diamond for years,”

in reference to the famous jeweler Eliott Eliantte.

“This stone cost so much that I have been paying for it since 2017.

That was the first time I saw a true natural pink diamond.

Lil Uzi, whose real name is Symere Bisil Woods, later retweeted a post that said the pink diamond was worth $24 million and 10-11 carats.

Seemingly confirming the dazzling price tag, Lil Uzi added that the cost was more than

he said. This week, the 26-year-old rapper made good on his claims and setbacks with the sassy face piercing on his Instagram.

Responding to criticism that the diamond was placed off-center, Lil Uzi replied,

‘It’s actually in the middle. When the swelling goes down, I’ll get a short barbell so it won’t move. You keep talking about it being a side because it has a long bar, so it can move, due to the swelling.
‘

The artist is a trend for his luxurious feat. Would you do the same?