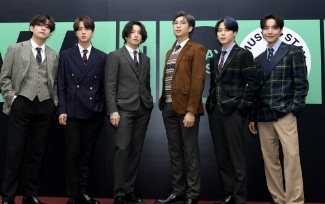 But this time some of the Bangtan Sonyeondan added ink on their to create a impactful look. But the meaning behing those tattoos shocked the Army. 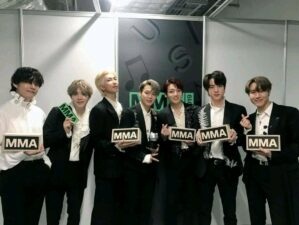 Since the premiere of ‘ON’ some members have decorated their bodies with temporary tatoos. These attachment go perfectly with the power and energy of their song.

This time J-Hope and RM showed cool designs. The leader of BTS showed a temporal tattoo on his neck with the word ‘Principium’ that refeers to the beginning of something.

Also, J-Hope had a temporal tattoo on his arm that says ‘Luctor et Mergo’ (Fight and emerge) and similarly with ‘Plaudite’ (claps after a show) 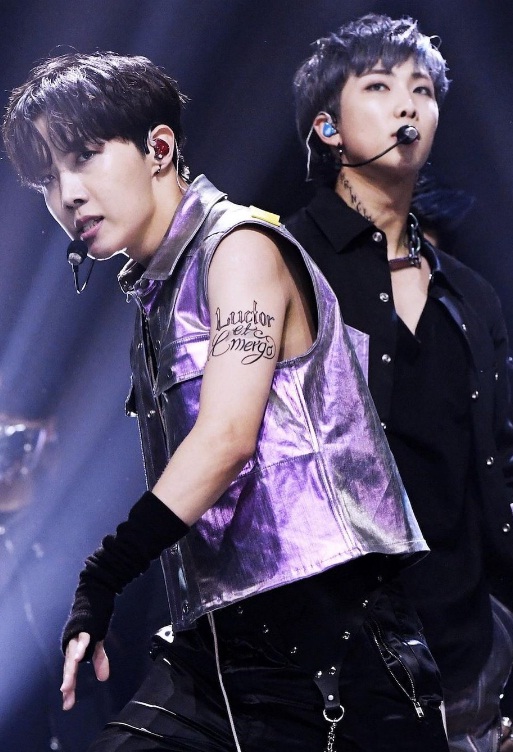 As we know, the tattoo of Namjoon refeers to the confidence of BTS and the importance of the band. The tattoos of Hoseok shows perseverance and strength, and also the reward they have after years of dedication.

You can watch the presentation of BTS in MMA Awards right below!