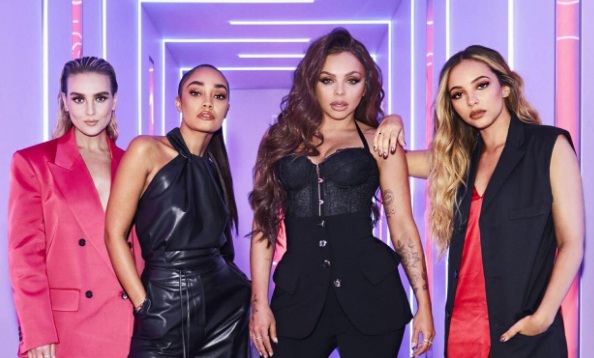 The 29-year-old singer Jesy Nelson, is taking an ‘extended hiatus‘ from the girl band due to a ‘private medical reason’

After she missed the MTV EMA performance and a show, her agency released an statement:

“Jesy is having extended time off from Little Mix for private medical reasons,” a statement from the group’s PR Simon Jones said. “We will not be issuing any further comment currently and ask media to please respect her privacy at this time.”

Jesy’s breakup comes after the success of Little Mix. Everything is happening too fast, their new album ‘Confetti’ and have their own talent shows “Little Mix: The Search” where the members reunited other bands to compite theyselves.

As we know, Jesy has been in the girl band since their formation at X-Factor in 2011

Two weeks ago, Jesy was forced to withdraw from the final of Little Mix: The Search, after getting sick. The pop star should appear in the grand finale of the competition; but a statement released hours before the live show commented that she wasn’t feeling good. They said:

“Jesy is unwell and will not be appearing on tonight’s final of ‘Little Mix The Search,’ a group spokesperson had said at the time. “She will also not be hosting or performing at tomorrow’s MTV EMAs.”

Jesy posted the last picture on her Instagram on October 31, she was wearing a costume for halloween.

It is expected that Little Mix drops a go on tour in April of 2021. But isn’t known is she will appear with the group.

The worst albums of 2021 according to specialized critics