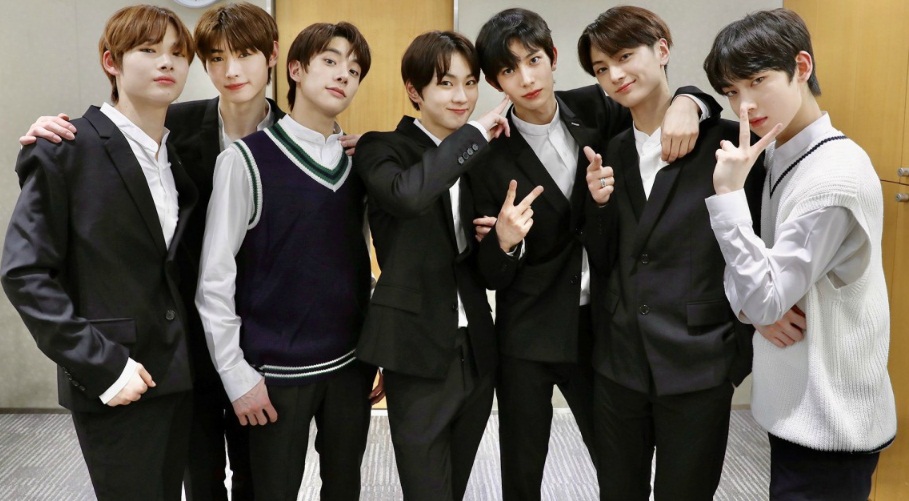 Their debut is very close, they’re going to drop their first album named “Border: Day One” that is going to be released in November 30. Also, they won the reality show “I-Land”.

As we know, it is very important to select the leader in a band, it is the image of all the other members, but also is who chose the best things for the team.

Normally the leader is the oldest person, but now the ENHYPHEN staff did something different.

The staff explained than they did interviews to choose an integrant. Those selected were Heeseung and Jungwon

But Heesung rejected the charge. He believes in the group leadership and that can advise his fellows being the oldest, and also that can help Jungwon. So then, Jungwon won the spot.

Jungwon commented that he did not expected to be a leader, but he promised work hard for it.

The whole group cheered for their new leader. The other members said that he is very trustworthy and friendly, and also highlighted that he is the youngest, but they will help.

However, you can watch the group leader selection below!

BLACKPINK’s Rosé spotted at the airport to Paris