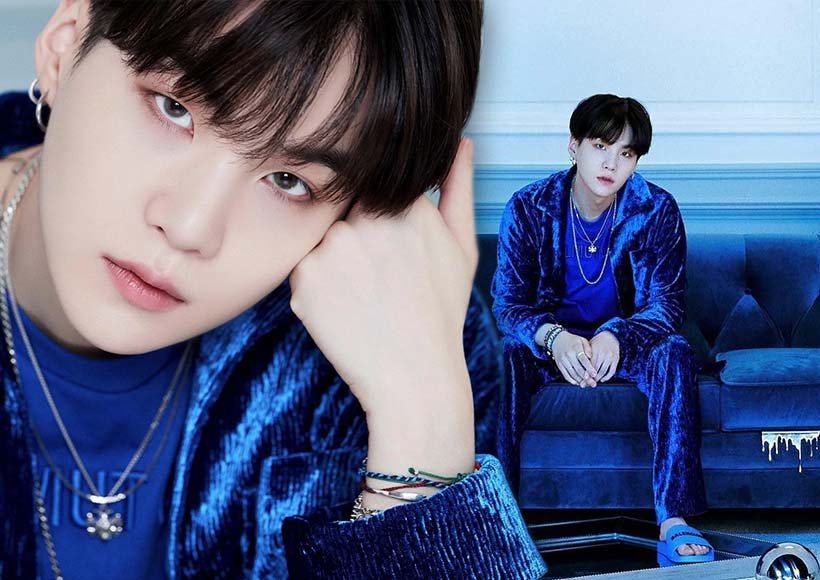 BTS updates continue as the ARMY and netizens are waiting for their album BE, and the date, November 20, is getting more and more closer. By this time, the concept photos of sSuga were revealed.

In this photos, Suga show us a transparent facet of the idol, expressing the ways he feels and how he express those feelings. However, we can see him with an elegant setting with the colors blue and white.

The mixture of both tones creates an awesome scene of strength and total elegance. We can see him with some decorative items, but what is curious is that Suga is wearing a comfortable outfit that match with his slippers. Anyways, the idol said that the most important object was the mirror.

For Yoongi, this is special because it shows your own reflection, letting you know how you are and what exist in the environment. In other words, it shows you proof that what you perceive is real because you can see yourself inmersed in that reality.

In the same way that a mirror reflects you in front of it, Suga explains that when all BTS members participated in the creation of BE they could create songs that honestly reflected them, which made this album more meaningful.

BTS’ Jimin to sing OST for upcoming drama ‘Our Blues’