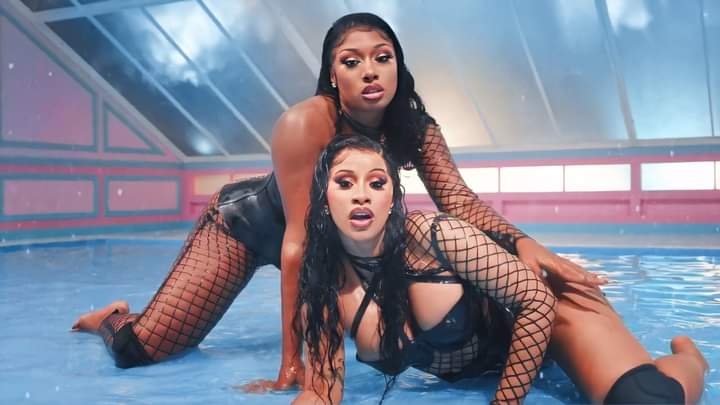 The powerful collaboration has broken several sales and broadcast records in its debut week.

Today we got a look at the weekly update of the Billboard Hot 100, and it confirmed what was already predicted, as “WAP”, the last single from Rap queen Cardi B Ft Megan Thee Stallion has debuted directly at # 1 on the chart, but with the huge achievement of having the largest sales week of the year as well as the largest streaming debut week in history!

This becomes Cardi B’s fourth # 1 and the second of the revelation rapper Megan, who achieved her first # 1 this year thanks to her song “Savage Remix” in collaboration with supreme diva Beyoncé.

.@iamcardib is the first female rapper in history to earn Hot 100 #1 hits in multiple decades.

This also makes Cardi B is the first female rapper in history to have multiple # 1 singles in different decades. Additionally, the popular collaboration is set to block Drake‘s new song from taking the #1 spot in next week. Drake, who is widely popular in the North American market, tends to achieve #1 song easily, so taking the #1 away from him is an amazing achievement for the Puerto Rican.

With 125,000 legal downloads and more than 93.5 million “WAP” streams, it has already exceeded the one million equivalent copies in USA. This becomes the third fastest female song to sell one million copies in the United States, behind “Look What You Made Me Do” from pop titan Taylor Swift and “Hello” from British hit-maker Adele.

It is also the biggest performance week of the year for any song, surpassing “The Box” of Roddy Rich that had achieved more than 600,000 thousand units in the week of January 25.

With these achievements, Cardi B again shuts her haters down and shows that she is here to stay, and that she is capable of competing with already stablished music powerhouses such as the ones mentioned before.

(G)I-DLE reveals the poor conditions in which they train