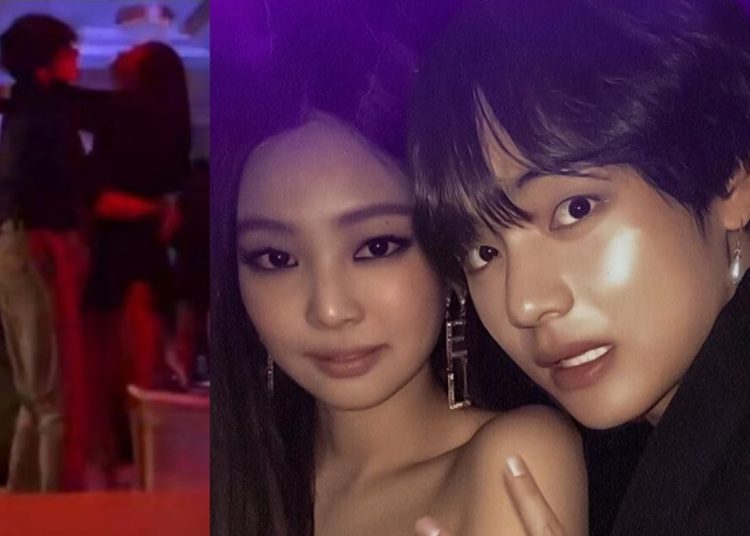 According to JTBC, BLACKPINK members had a private party at an exclusive place in Seongsu, Seoul. Among the guests were seen actors, singers and more celebrities in the media who listened to “Born pink” in anticipation. Photos of the event are scarce. Only a few souvenir captures were seen by fans on social media.

According to the aforementioned channel, there was so much security that only artists were asked to enter the point, not even managers were allowed to access. JTBC’s source indicated that one of the guests was V, a member of BTS.

You could also be interested in: BLACKPINK’s Jennie and BTS’ V are caught on romantic trip in new leaked photos.

This would have been the first time that Jennie and the “Sweet night” performer coincided at an event outside of the year-end awards. “Since there were a lot of people at the party, V kept his distance. However, they both acted naturally in front of people and enjoyed the event,” JTBC reported in its article.

Since the dating rumors intensified, fans of BTS and BLACKPINK have been waiting for some pronouncement from the agencies. None of the entertainment companies have validated or ruled out the identity of the idols in the case of the ‘leaked photos’.

Regarding V’s presence at the party, JTBC’s reporter noted that he sought response from the agencies YG Entertainment and HYBE but only one replied. The spokesperson for this one said that “they were not aware of the event itself.” The reporter did not specify which of the companies stated.

Stray Kids debuts album at the top of the Billboard 200