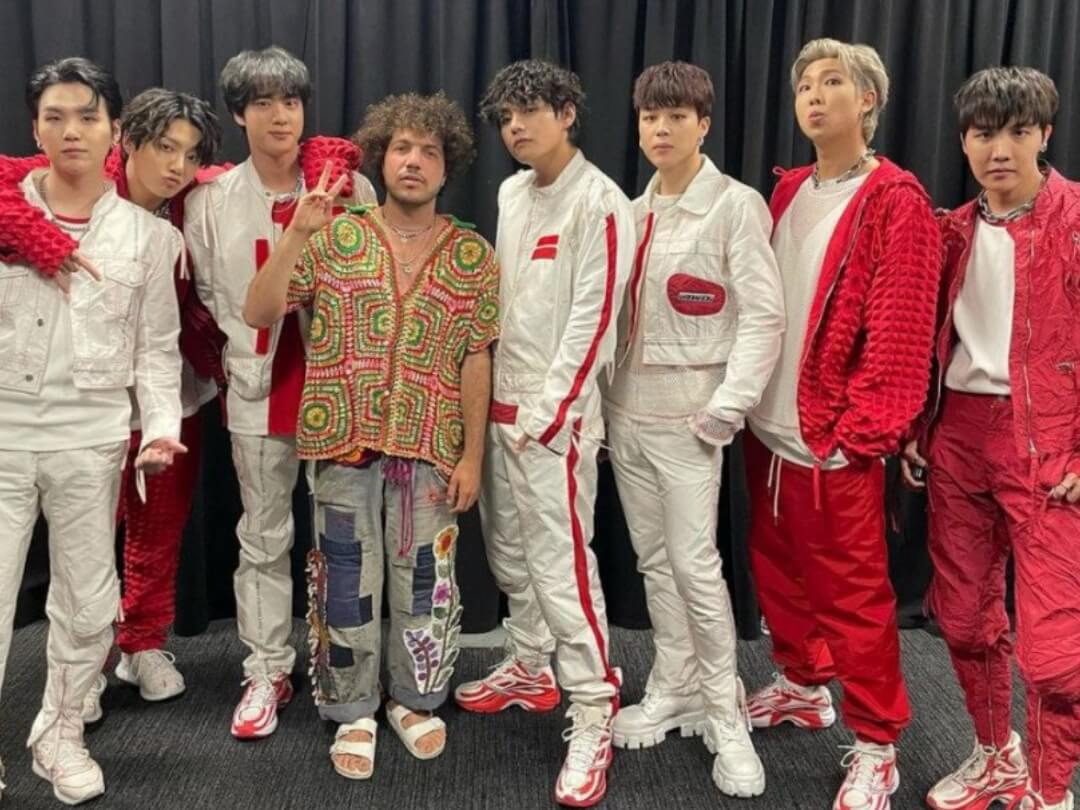 On May 26th, Big Hit Music, BTS‘ agency, posted that “The last 3 songs of #MyBTSTracks, chosen by ARMY, will be reborn in a special remix with the help of amazing producer Benny Blanco”

#MyBTStracks, which is a way for fans to choose their favorite songs, has been ongoing since May 13th through BTS’ official Twitter account. The songs that received the most votes from fans were “Fake Love“, “Life Goes On” and “Blood, Sweat & Tears“. Their remixes will be released on May 27th on BTS’ Twitter.

Are you ready?! #BTS X @ItsBennyBlanco are joining forces for a #MyBTSTracks special remix, made from songs chosen by ARMY!💜 pic.twitter.com/LlTdgQtDi0

Music producer Benny Blanco has collaborated with a number of successful musicians including Halsey, Khalid, Calvin Harris, Juice WRLD, and Marshmellow. In 2022, he released the single “Lonely” with Justin Bieber and has enjoyed worldwide popularity ever since.

You may also like: Jennie confirms preparation for BLACKPINK’s upcoming tour

He also has a close relationship with the K-Pop group. In April, he posted a photo of himself taken with BTS after seeing the group’s concert “BTS: PERMISSION TO DANCE ON STAGE-Las Vegas“, with the caption “I love BTS“.

BTS will release the album “Proof” on June 10th, 2022, which consists of a total of three CDs, and will compile their 9-year career. The first CD will cover all the title tracks from the previous albums, the second CD is packed with solo and sub-unit songs from all seven members, and the third CD will include previously unreleased songs and demo versions of previous tracks.