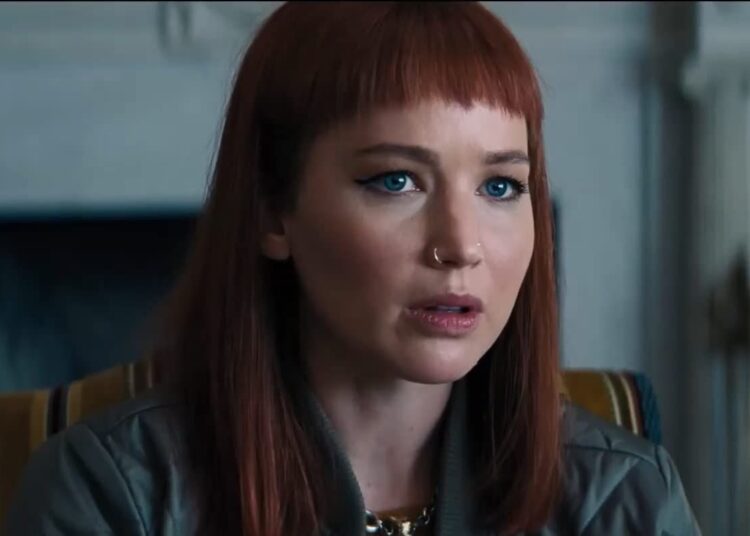 Jennifer Lawrence and Leonardo DiCaprio are the protagonists of “Don’t Look Up”, a film that will premiere on Netflix on Christmas Eve, but it earned a bigger cache than hers. “Look, Leo brings in more box office than I do. I’m extremely fortunate and happy with my deal” Jennifer told Vanity Fair magazine.

“But in other situations, what I’ve seen, and I’m sure other women in the workforce have seen it too, is that it’s extremely uncomfortable to ask about equal pay. And if you question something that seems uneven, they say it’s not a gender disparity, but they can’t say what it is exactly”, said the Oscar winner.

According to Vanity Fair, Jennifer pocketed $25 million to make this film and DiCaprio $30 million. It’s like she got 83 cents for every dollar he got.

You may also like: Find out the cast of the series produced by The Weeknd

In other releated news, in 2013, Jennifer Lawrence was earning up to $10 million per film, in the wake of her Oscar victory and the success of “Hunger Games”. In 2019, the actress became a spokesperson for the fight for equal fees for men and women in Hollywood. She accused the industry of being sexist.

She went on to fight this when she found out, through leaked e-mails from Sony Pictures, that she had received ten times less than her male co-stars in “Cheating” (2013).

“When there was the Sony invasion, and I found out how much less I was paid than those lucky penis bearers, I didn’t get mad at Sony. I got mad at myself. I failed as a negotiator because I gave up too early”, she said at the time.