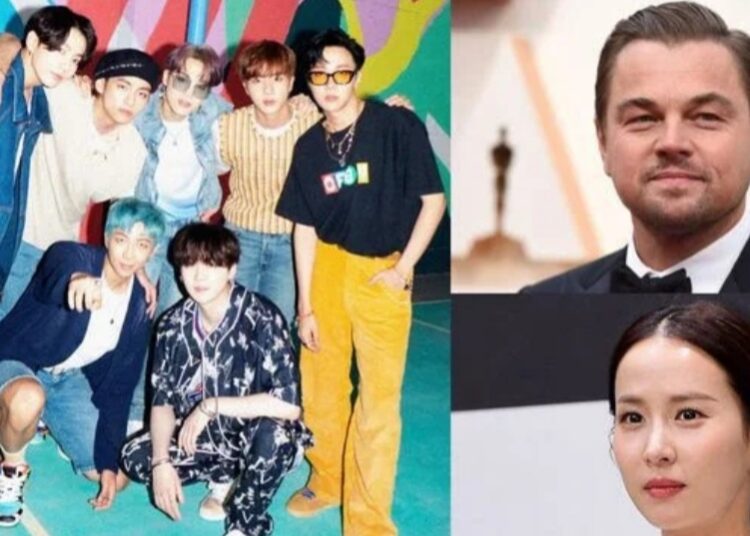 Actor Leonardo DiCaprio also added to the Bangtan fever. On Saturday, October 2, Parasite actress Cho Yeo Jeong shared with Shin Dong Yup on SNL Korea a conversation she had with the actor from The Revenant.

When asked about her interaction with Leonardo DiCaprio at the Oscars, she said the following: “It was in a small moment when we went to receive the award.

DiCaprio congratulated me on winning, so I asked him ‘Do you know BTS?’ And he told me that he liked ‘Blood, sweat and tears’ “. This surprised both ARMY and other K-pop fans.

Korean actress Cho Yeo Jeong has participated in such films as The Servant (2010) and The Emperor’s Concubine (2012).
However, the actress achieved worldwide success having been part of the cast of Parasite (2019), a film that won four Oscars.

Parasite is considered one of the best Korean movies of recent times. Its impact has reached such magnitude that it even won in the category of best film at the Oscars 2020, in addition to obtaining the Palme d’Or at the Cannes Film Festival.

The film covers topics about Korean society and criticizes the existing division in citizenship due to economic assets.

BTS: Jimin and V have a fight over a packet of chips