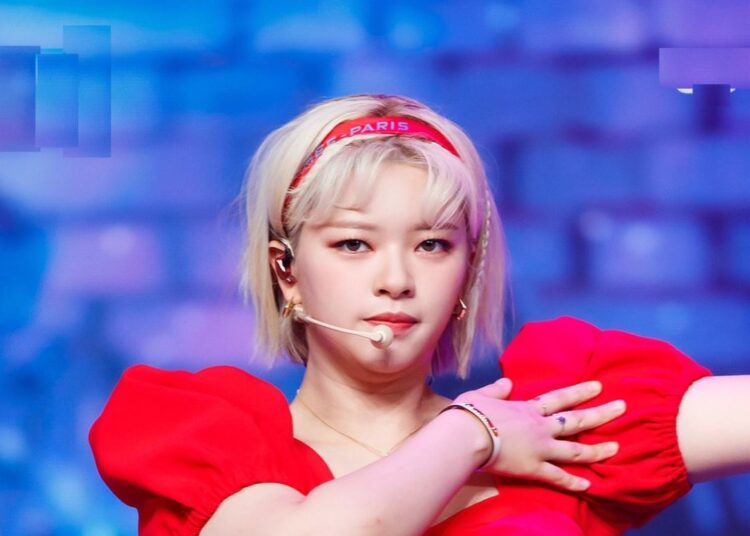 JYP Entertainment released a statement in which they discussed TWICE’s Jeongyeon mental health. On August 18, JYP Entertainment released a statement to the press and fans (ONCE) in which they announced that TWICE‘s Jeongyeon will be on hiatus to treat his anxiety and panic. In October 2020, the artist had already taken a break from her activities for the same reason.

In the press release, the Korean agency gives details about the mental health of the K-pop singer. This is the English translation of the statement about Jeongyeon: 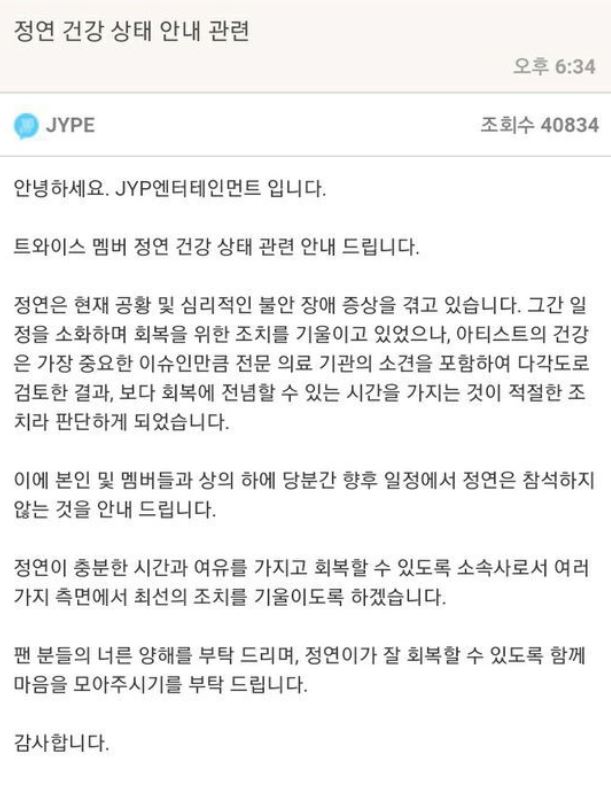 “Hello, we are JYP Entertainment. We would like to update you on the health of TWICE member Jeongyeon.

The artist is currently experiencing panic and a psychological anxiety disorder. Although Jeongyeon was moving forward with her agenda by simultaneously taking action for recovery, we value the health of our artists as the most important issue“.

“Therefore, after long discussions internally accompanied by professional medical measures, we have decided that it is necessary for our artist to have enough time to focus on her recovery and rest. After discussions with Jeongyeon herself and other TWICE members, we informed them that the singer will not be able to attend the group’s activity for a time on the future schedule“.

You could also be interested in: BTS is once again victim of xenophobia on radio show.

“As the artist’s stamp, we will provide the best procedures for our idol to recover in plenty of time. We kindly ask for her love and support for Jeongyeon’s full recovery. Thanks“. Despite concerns for her mental health, ONCE sends positive messages to the K-pop singer.

As recalled, Jeongyeon was absent from the M Countdown encore when TWICE took the win with “Alcohol free”. At that time, fans were already suspicious of a relapse of the artist.

And just like it happened in October 2020, Jung Jeongyeon will once again walk away from the show so that she can focus on treating her mental health.

BTS members reminisce about the fights in a new episode of ‘Run BTS!’