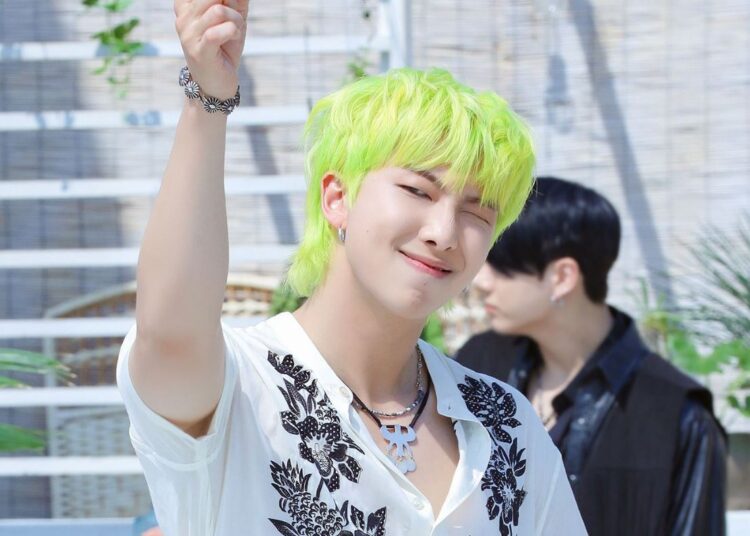 BTS’ RM debuts tattoo on his back

So far, only one member of BTS has openly displayed his tattoos. BTS, the K-Pop group made up of RM, Jimin, Jungkook, Jin, J-Hope, Suga and V, do not stop being a trend in social media, since they do not stop giving surprises to their followers, who know each other by the name of ARMY.

Recently, the leader and main rapper of the band, Kim Nam-joon, better known as BTS’ RM, gave a lot to talk about after some fans of the boy band noticed that he got a tattoo or something similar, as it has not yet been confirmed this.

is this a tattoo on Namjoon's back? or is it just a part of the shirt? Namjoon having a tattoo… ? #NAMJOON #RM #BTS #PermissiontoDance pic.twitter.com/OoQL3A8CLs

According to the images that have circulated on social media, the rapper has a tattoo on his back, since in the recent video of his latest song “Permission to Dance” the artist has a black spot on his back, which it can be appreciated thanks to the white shirt that he brings.

You could also be interested in: Monsta X’s Shownu begins mandatory military service.

However, not all the followers of the group believe that it is a tattoo, as others point out that it is only a label on the shirt or assure that it could even be the cables or microphone they use to record the video clip.

So far the only member of BTS who has shown his tattoos is Jungkook, who has tattooed his right arm with around 10, but he still hides them during some presentations because in South Korea they are still frowned upon.

In addition, Jungkook has his right hand tattooed, where a tattoo dedicated to ARMY, stands out, as he has the four letters written on his knuckles. Other members have been shown with tattoos, but all temporary, so it would come as no surprise if the stain that appears on RM’s back is a real one.

Wonho accidentally showed his private area during a VLive