Switch to the dark mode that's kinder on your eyes at night time.

Switch to the light mode that's kinder on your eyes at day time.

Shawn Mendes is finalizing his fourth studio album and now fans have more reasons to look forward to it.

His photographer and cameraman Connor Brashier granted an interview to the podcast “Journeux”and said that he is signing as creative director of the project. “This will be Shawn’s best album so far, the most successful” Connor commented.

Shawn wrote “it’s coming” more than once in comment section, referring to his new project. The Canadian began the creative process for the fourth album as soon as the world tour ended in December 2019. In February, he already revealed that he was in the studio. Today Shawn Mendes occupies a higher place in the pop scene, which also increases the pressure to succeed.

The next album will be the first since the smash hit. “Señorita” , a duo with his current girlfriend Camila Cabello, who took his career to another level, with billions of broadcasts, awards and a number 1 in the Billboard Hot 100. The single produced two VMA, a BUT and a Grammy nomination. It was the third most commercialized song in the world in 2019.

The album “Shawn Mendes” released in 2018, was another success, he divided his career into a before and after. Earned her first nominations for a Grammy with this project. “In My Blood“, The first single, reached the Top 10 in several countries and “If I Can’t Have You” too. It is worth remembering that all the songs are written by Shawn Mendes.

This site uses Akismet to reduce spam. Learn how your comment data is processed. 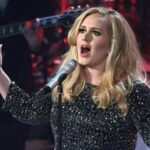 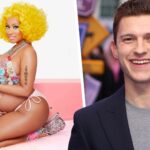 Sorry. No data so far.

Music Mundial News seeks to bring its followers the most and best recent news, stories and polemics about the music and entertainment scene

© 2020 by bring the pixel. Remember to change this

Your password reset link appears to be invalid or expired.

To use social login you have to agree with the storage and handling of your data by this website. %privacy_policy%