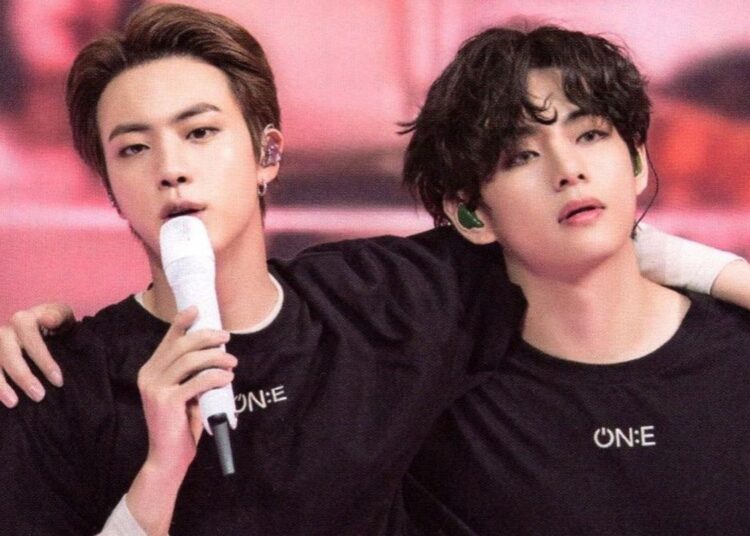 BTS: Taehyung shows how much he misses Jin and saddens ARMY

The members of BTS are so close that it’s no surprise that at this time when their solo careers separate them, they miss each other. For his part, Taehyung has thrilled fans by talking about Jin since his departure for military service.

Although in December 2022, Jin enlisted for mandatory military service, the army’s official messages keep ARMY informed of what the idol is doing. However, it is understandable for the boys to miss him and confess it when talking about their partner.

#BTS' Jin just shared new selfies during his military service on Weverse! Find out why the K-pop group will be enlisting in the South Korean army here. 🤔 —> https://t.co/HWgdaHBAHZ pic.twitter.com/jsZ3oq8WFY

This Tuesday, January 24th, V took his fans by surprise by starting a live broadcast in which he updated ARMY on what he is doing. Then, he started talking about what would happen if Jin was on the comments.

“At this hour, Jin would come in saying, ‘Hiyo!“

You may also like: BTS’ Taehyung accidentally confirmed his relationship with BLACKPINK’s Jennie

The idol went on to say that his partner would have definitely been on the live broadcast comments, saying:

Moreover, the BTS member also had an exciting news for fans about Jin, he confessed that he had talked to the group’s oldest member.

“He contacted me recently, he told me that he is working hard“.

🐻 Usually around this time, Jin hyung would appear saying “hi, yo~”
🐻 and saying like Vwo ~
🐻 He said that he’s working hard now
🐻 He has contacted me#Jin #theAstronaut #방탄소년단진@bts_twt

It is clear that BTS members are a family and there is one member they are missing, we are looking forward to their reunion.