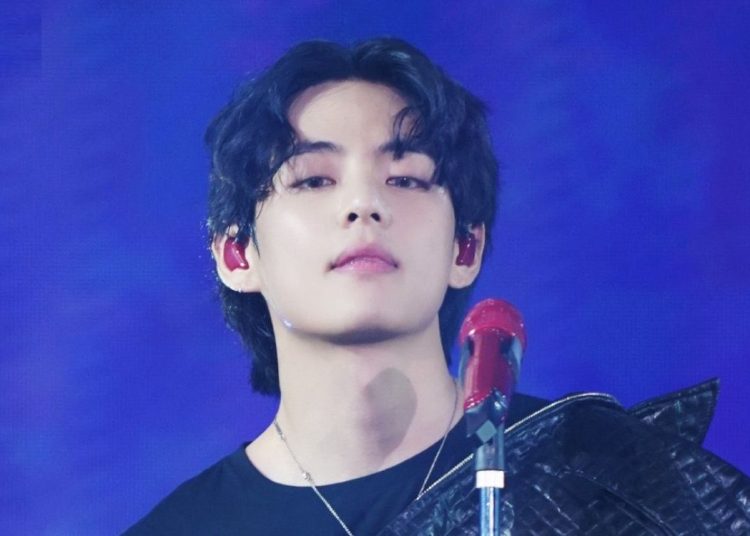 V of BTS is celebrating his 27th birthday and his fans have taken to social media to fill it with heartwarming messages congratulating their idol, as well as commemorating the boy’s journey in establishing himself as one of the most successful KPOP solo artists.

His real name is Kim Taehyung and he was born on December 30th, 1995 in Daegu, a city in southeastern South Korea. V was attracted to the arts since he was a child, so he started taking saxophone lessons.

In 2011 he auditioned in his hometown to join Big Hit and enter the new group that was creating the company.

That’s how after 2 years of training, he debuted with BTS in 2013 along with Jin, Suga, RM, J-Hope, Jimin and Jungkook with the album “2 Cool 4 Skool”, since then the guys worked really hard, first dominating the Korean charts and from there dominating the international markets little by little.

You could also be interested in: BTS’ Jungkook shows off his amazing tattooed arms as a gift to fans.

In this way, they finally managed to establish themselves in America as the most prominent KPOP group, even getting several Grammy Award nominations over the past 3 years. In addition to a successful career with BTS, Taehyung also made his acting debut in 2016.

This was in “Hwarang: The Poet Warrior Youth,” where he played a character that won over fans and proved his talent. The idol is also expected to resume this facet of his career again as he is on a solo schedule.

Currently, the guy is working on various projects, it is already confirmed that he will appear in a series together with Park Seo Joon called ‘Youn’s Kitchen 2’ in 2023, it is known that the program is currently in the process of filming, although everything has been kept very secret.

Regarding music, the idol has achieved several records as a soloist such as the most streamed OST of a Korean soloist in the history of Spotify, in 3 years the idol will start his mandatory military service and it is expected that before that, he will finally release his debut album, although he is already established as one of the most successful idols in history. Happy Birthday V!

Pique is booed at the stadium after Monotony premiere