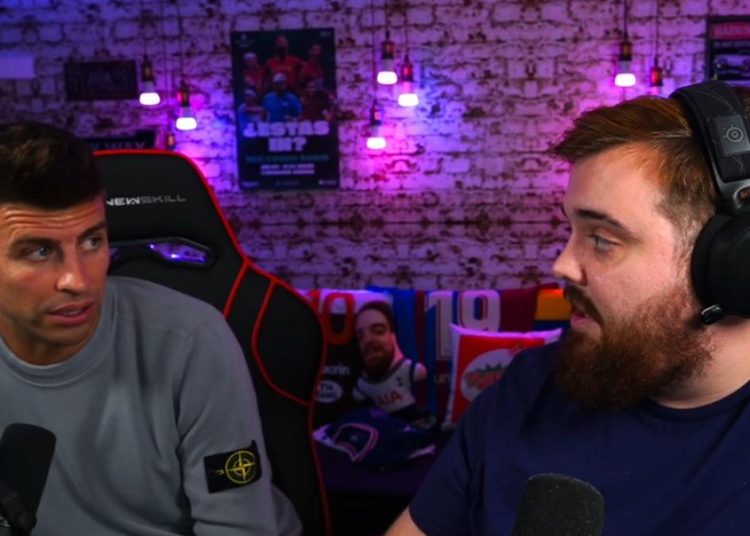 Piqué speaks after his agreement with Shakira showing indifference

The issue of Piqué’s retirement and his separation from Shakira continues to be a hot topic.

A few days ago, some images were leaked of Piqué celebrating in a bar in Barcelona, without Clara Chia.

Piqué speaks after his agreement with Shakira showing indifference

It is not the first time that the former player is captured from bar to bar. Throughout the year, when he was still an FC Barcelona player, Piqué’s nightlife was constant and much criticized by the club’s supporters.

Going from bar to bar is a habit that the ex-footballer has not hidden during his career as a footballer and throughout his relationship with Shakira.

In an interview with streamer Ibai Llanos, Gerard Piqué spoke for the first time after his retirement and the agreement reached with Shakira:

“Players are people and we are not robots…. We need to go to lunch and dinner out, to have a social life, to go out partying… Everything has a balance in life…”, expressed the ex-footballer.
“I have had a career of almost 20 years and I have taken care of myself to be able to be there, but if you don’t go out partying, what am I going to do now?

It’s mandatory, if you don’t party for five years… there’s something dark. It doesn’t matter if you’re a soccer player or a waiter, it doesn’t matter,” he explained.

Piqué expressed that now he has “the freedom of not being every day training or weekends busy with matches, it will give me the opportunity to focus on many other things I want to do”.

He explained why he was sent off at the end of the first half of the match against Osasuna. According to the referee’s official report, Piqué insulted him with exaggerated words when they were in the tunnel to the dressing room.

Piqué clarified with Ibai that he did not insult the referee.

Clearly looser, the former FC Barcelona player complains about referees with Ibai Llanos, something that during his playing life he could not do. “Now I am free to say, it is no longer that of having to be pigeonholed and answer what is played,” said the former Catalan player.