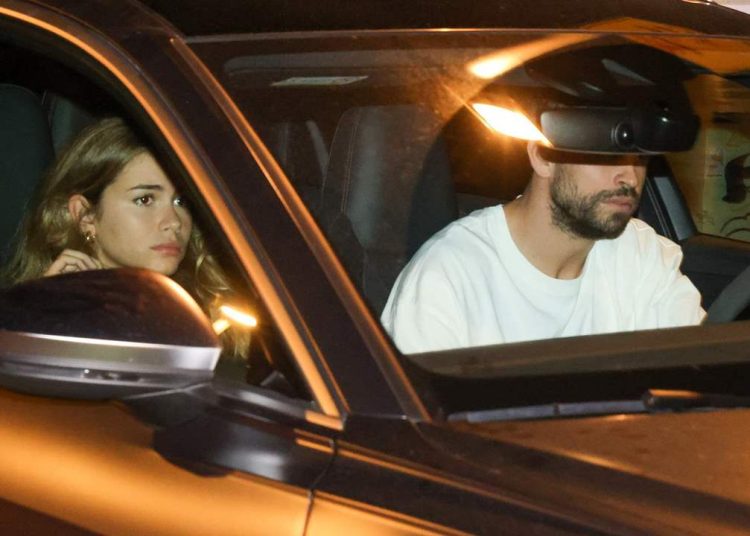 After a long negotiation, Shakira and Piqué reached an agreement on the custody of their two minor children. It was announced that the singer will be able to take the children with her to Miami.

After this news, the 35-year-old soccer player was again in the spotlight by the press, because just 48 hours after closing legal agreements with the interpreter of Loba, Gerard reappeared in the public eye with his current partner, Clara Chia.

And it has not been just any meeting, since for the first time the FC Barcelona defender was accompanied by the young girl to a public event of ‘Kosmos’, Pique’s company, where she works.

In the pictures you can see Clara and Gerard arriving at the event; however, it is striking that Shakira’s ex did not enter the party with his girlfriend, but left her in front of the entrance and quickly left to park his car and then returned to the venue on foot.

The reason why they were not captured getting out of the car together was because Piqué avoided at all costs that Clara would face the media, so he let her enter the site first so he could attend the press, as well as his fans.

Undoubtedly, Gerard Piqué and Clara Chía are formalizing their relationship more and more, since in the aforementioned event, the soccer player’s family members Joan and Montserrat also attended.

What do you think Shakira thinks?