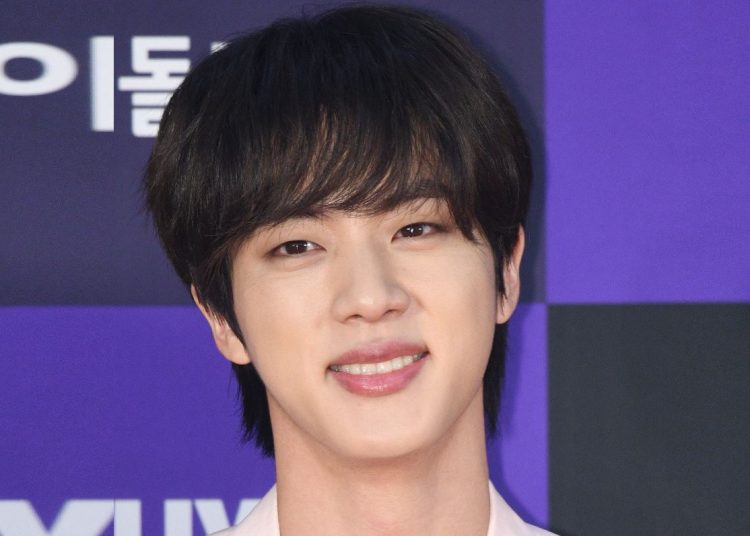 During an interview with Entertainment Tonight, the BTS members were asked about their crush among Hollywood celebrities. In response, Jin, who will soon enter his mandatory military service, did not hesitate for a moment to say the name of American actor Brad Pitt.

On the other hand, the rest of the boys couldn’t stop laughing, as it seemed that they didn’t understand the question, since they all mentioned names of actresses.
C

In another American program, the boys were asked which celebrity they would like to collaborate with for a song, but Jin again surprised everyone with his answer, as he said he would like to work with the “Troy” actor.

At this, the TV host was shocked, as he was the only one who mentioned someone from Hollywood. In fact, Jin dared to send a message to the actor and invited him his native country.

“I have all the respect in the world for you and when I’m here, overseas, you are the only person I can think of. If you are ever in Korea, look me up“.

You could also be interested in: Jungkook and V question their friendship after leaked photos of them together.

Said Jin, who recently released his single “The Astronaut” with Coldplay.

It should be noted that, Brad Pitt is Jin‘s idol, as he is an acting and movie lover. In fact, he graduated from Konkuk University in South Korea with a degree in Art and Acting, and although he has not been able to show his acting skills, Seokjin hopes to work on the big screen very soon.

What is BLACKPINK’s Lisa favorite food?

Alejandro Sanz confirms he is looking for a relationship with Shakira

The Boyz will release OST for webtoon “Solo Leveling”