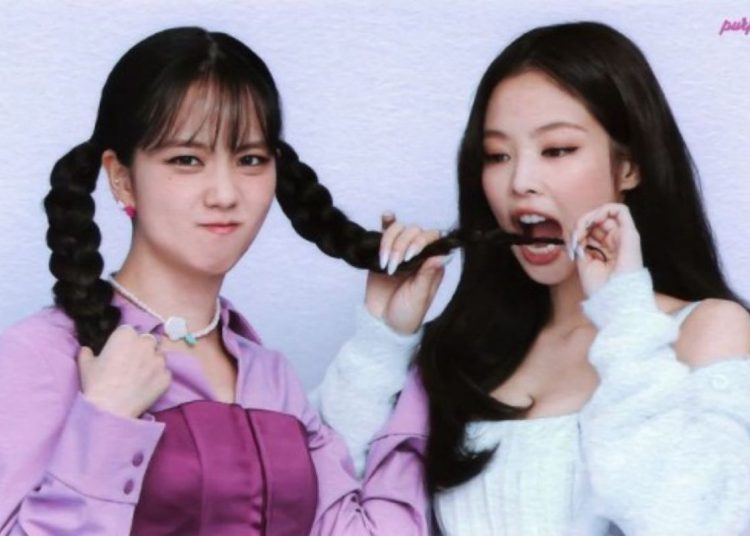 The members of BLACKPINK made an appearance on KIIS FM for their interview with JoJo Wright before the start of the North American leg of their “BORN PINK” world tour to give details about their album, concerts and about their true personalities.

The girls talked about getting back into the routine of touring life, when their last world tour “In Your Area” was from November 2018 to February 2020. They also promised that this would be the biggest tour held by a K-Pop girl group.

Despite the big preparations that a concert tour like this has, the idols shared that they missed it and used to spend their free time watching videos of old tours.

You may also like: Stray Kids’ Changbin demonstrates his impressive flexibility in a photo

On the other hand, they were also asked about pre-show rituals, and the answer left everyone speechless. While Lisa answered that she usually does a standard stretching, Jennie revealed Jisoo‘s unexpected ritual.

jennie saying jisoo likes eating spicy food before going on stage because it opens up her throat pic.twitter.com/JPblp99Ul6

JoJo was naturally puzzled by the idol’s revelation, and Jennie explained, saying that Jisoo feels that eating these spicy foods opens up her vocal cords before the performance.

Moreover, Jennie jokingly added that even though she disagrees, she respects her.

For their part, Rosé and Lisa had a different reaction agreeing that they should give it a try.

BTS’ RM announces the release of collaboration ‘Sexy Nukin’. Check out the details

Jason Momoa has been fired from Aquaman for defending Amber Heard