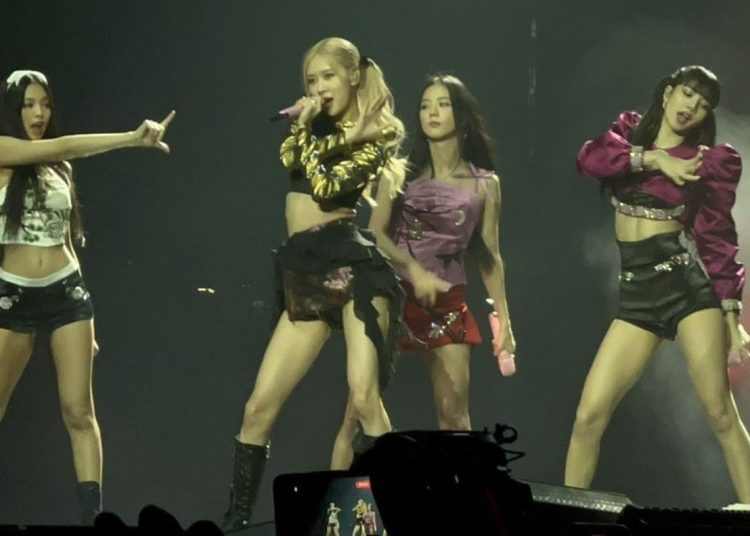 BLACKPINK recently broke records on various music and streaming platforms. Known to be increasing their popularity in a dominating way in the Kpop industry, many netizens claim on social media that BLACKPINK does not sell out their shows.

The girl group recently broke records on various music and streaming platforms. They are known to be increasing their popularity in a dominating way in the Kpop industry. Thanks to fancams posted on various social networks, it can be seen that there are empty seats at the shows, which led fans to wonder if they are really that famous in the United States.

After their double performance in Seoul, the girls traveled to the United States, where they would hold two performances, the shows were a hit with the public. In the video we see Lisa performing her hit song “MONEY“, in this fancam we can see the empty seats in the back, for this reason discussions were created in social networks.

You could also be interested in: The reaction of Jungkook to seeing Taehyung kissing another man.

The discussions increased when the sales sites showed that the tickets were sold out in Dallas. The band’s fandom has defended BLACKPINK from these accusations, claiming that the band is not capable of filling a show. Asserting that the seats are empty because of the shape of the stage, because if tickets for those seats were sold, attendees would not be able to enjoy the concert. For this reason they are not sold.

Before knowing the real reason why the empty seats, netizens gave reasons why they were not all sold, here some. “They only have limited songs and the ticket prices ARE RIDICULOUSLY HIGH.” Something similar happened in 2019, where BLACKPINK left some seats empty in their shows due to the high cost of tickets.

Miss Universe 2021 under fire after gaining “a lot” of weight