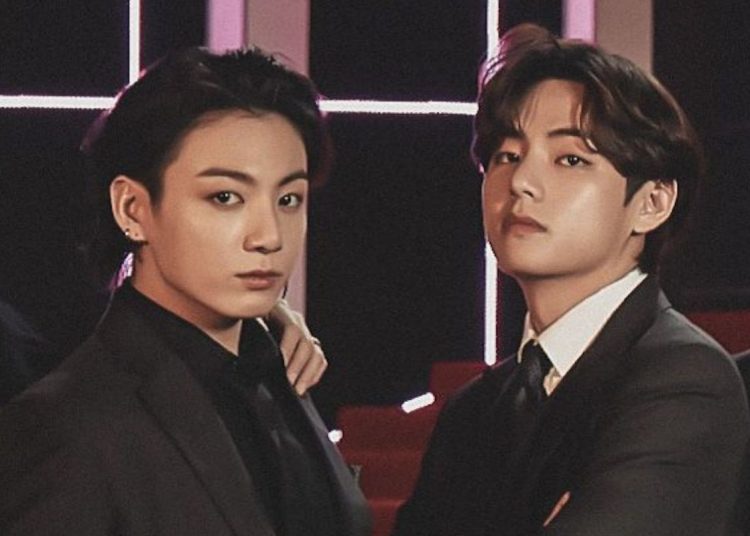 Each of the members of BTS have a closer friendship with one of the boys than with the rest, one of these duos that constantly falls in love with ARMY with their fun interactions are Jungkook and Taehyung, the youngest members of the group who always have fun causing chaos.

"V Hyung is my safe place"…. Jungkook ,#taekook at the White house.its grave sin to separate these two please, pic.twitter.com/4UENryyUkA

On their visit to the White House to meet with the President of the United States, Joe Biden, the group of boys attended a press conference where they discussed several important issues such as Asian hatred, and were praised for their great work as representatives.

Now, the boy group has shared a new behind-the-scenes video from their major event in the United States, where the duo demonstrated just how hilariously chaotic they can be in new footage from their recent trip to the White House.

In the behind-the-scenes video you can see how nervous the boys were, and how they planned what they were going to do at the event with President Joe Biden and how they would answer questions in English. For his part, Jungkook couldn’t help but let out the funny side of him.

seeing bts have a meeting about their Very Serious white house appearance while in their pyjamas joking and laughing together puts my heart at ease pic.twitter.com/cygG4JeV0R

You may also like: BLACKPINK’s Jisoo surprises everyone by showing the middle finger to a fan

To ease the tension before the press conference, the members had the opportunity to relax in one of the White House rooms, although some of them used that time to reflect, V and Jungkook had other plans to calm down. nerves.

“Are you here? Like it’s our house“, Taehyung said starting a skit.

“Manners… Can you tell me what line it was?“, Jungkook said after forgetting the line that was his.

“Like Kingsman. Manners make the man“, answered the idol helping his partner.

TAEKOOK EVEN DID THE SKIT IN WHITE HOUSE THEY'RE SO???😂😂 pic.twitter.com/KPrl8kzvsS

Despite having everything ready for the performance, the full skit was not shown in the video, the shot was replaced by the members taking photos, leaving fans wanting to see the hilarious skit.

Kai helped to the limited resources children in this Christmas

BTS reveals the 48-song tracklist of their upcoming album “PROOF”