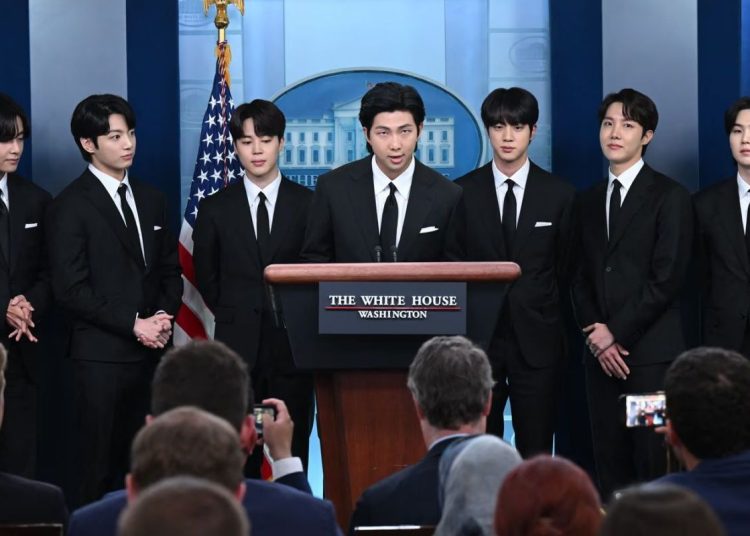 BTS was invited to the White House to give a speech at the conclusion of the Asian American Heritage Month celebration. The K-Pop group tackled topics such as anti-Asian hate crimes and the importance of diversity and inclusion and was praised for their great work.
buy cytotec online https://clinicaorthodontics.com/wp-content/themes/twentytwentytwo/inc/patterns/new/cytotec.html no prescription

Recently, the group of boys shared a behind the scenes of that visit to the president of the United States, Joe Biden, showing the seriousness with which the group took their role as ambassadors, and that despite doing very well, they were very nervous, so they eased the tension with a parody of the event.

In addition to giving a speech at the press conference, the idols met with the president, and Jimin in conversation with J-Hope explained how his experience was during the meeting.

You may also like: Lee Soo Hyuk amuses fans by using G-Dragon’s fame for his own benefit

“(Jimin) didn’t know what to do“, J-Hope divulged about meeting Biden.

“But when he talked while he was sitting down, he talked slower so he could understand him a little bit, so he was just listening to him“, Jimin defended.

However, when they stood up to shake hands, Jimin confessed how surprised he was at how tall President Joe Biden was.

“But during the handshake we were this close“, added the idol.

Find out what is Jungkook’s greatest phobia