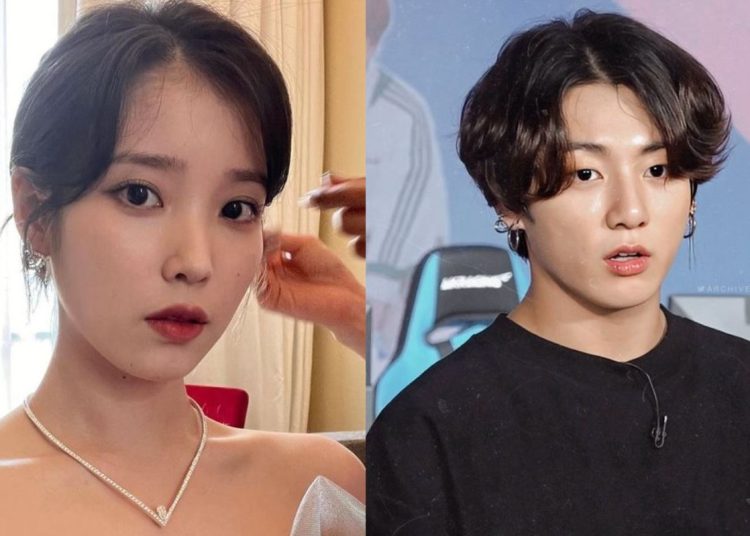 It’s no secret to anyone that the group BTS has one of the most loyal fanbases of the moment, the group which is made up of 7 South Korean boys, over time has managed to amass millions of followers in every corner of the world thanks to their talent and unique personalities.

But sometimes, many fans become toxic to other musical acts that interact with the group, especially the female artists. This time, South Korean singer Lee Jieun, better known as IU, is being the victim of harassment and hateful comments from ARMY.

On social networks, especially on her personal Instagram account, thousands of comments with repulsive emojis and hate messages can be seen against the “Strawberry Moon” performer by ARMY. The reasons why a part of ARMY is leaving these comments is due to IU’s relationship with JK.

You could also be interested in: Jimin and Jungkook kissed while flirting and it’s all caught on video.

Since his debut in the music industry, Jungkook whenever he gets the chance, he talks about the deep love he has for IU, which is that she is his biggest female idol. Even on one occasion, the boy revealed that he is in love with her and sees her as his impossible Crush.

This time, the “Yet To Come” singer was hidden from everyone at two of IU’s concerts in Seoul to see her in person, he even brought several gifts and was caught walking around the venue with an incredibly happy face. This situation aroused jealousy in part of the fandom and that’s why they are sending hate messages to IU.

BTS almost ruined their GRAMMY performance with this mistake (VIDEO)