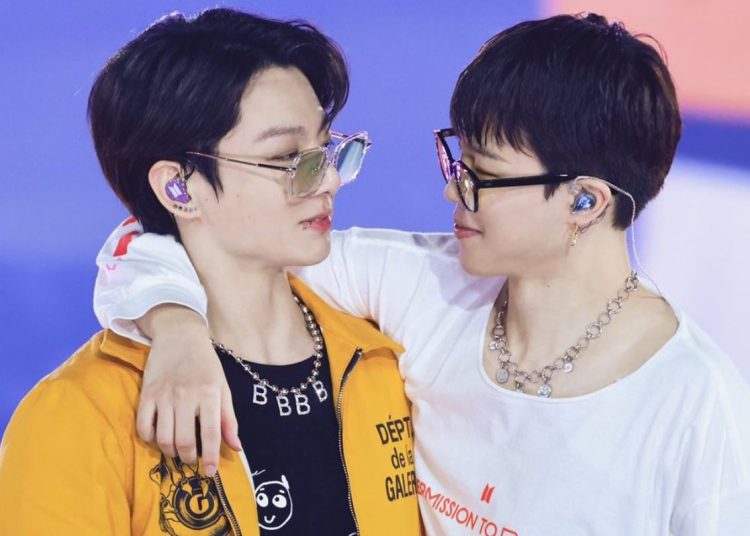 Certainly the BTS members are very affectionate when it comes to expressing their love, since living for a long time in their apartment, they shared several moments together, now with their recent separation since months ago they are focused on their way to solo success.

Considering the interaction of the members Jungkook and Jimin adore each other as big brothers since their introduction in the group, but these encounters are part of another role, that ARMY finds them as a duo, due to their considerable love, hugging, flirting, talking in front of each other with every glance and having a hidden fire in each other.

You could also be interested in: BLACKPINK’s Lisa was dissed by this TWICE member according to netizens.

Among their considerable love, the artists have even slept together as a couple on several occasions, which can be seen in the following compilation of images captured by the idols.

But on one occasion, it can be seen during an event, which left the members sleeping in a puppy-shaped room during a celebration, Jimin can be seen supposedly kissing Jungkook on the floor, although for many, the photos are said to be edited.