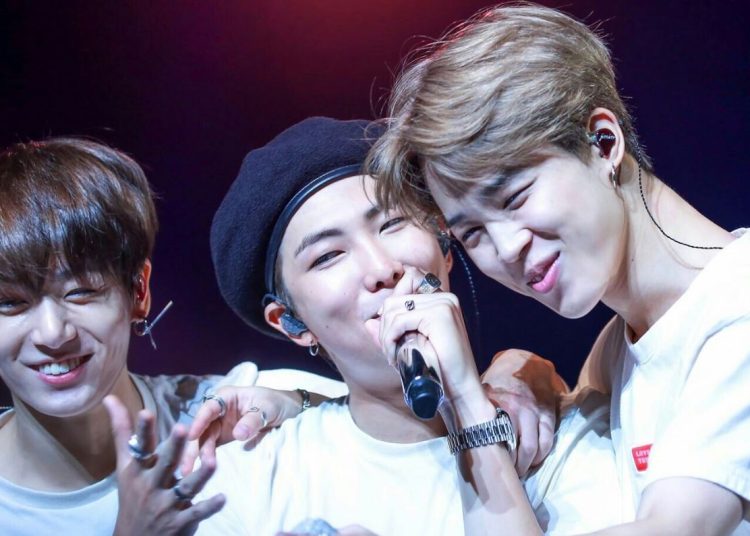 BTS members Jimin, Jungkook and RM were caught having a three-way kiss while enjoying a night out at a nightclub, causing a furor all over ARMY. Through a video posted on TikTok, the three-way kiss between Jimin, RM and Jungkook at a party is seen.

“When I saw BTS members giving each other a three-way kiss at the party,” wrote a TikTok social network user, who was devastated, as she claims that Jimin is her crush, and seeing him being “unfaithful” with the South Korean septet’s own members.

However, these characters were actually cardboard figures, which were taken by an ARMY to a disco night. ARMY was delighted by the video posted by the user, as it is funny to see how they act in front of the cardboard figures of the BTS members.

You could also be interested in: BTS’ Taehyung worries after leak of allegedly unclothed photo.

“These moments are the best“, “We need a seven-way kiss“, “There was everything at that party” and “Sorry, that’s how we fans are here in Latin America“.

BTS: fan gives Jungkook a piece of land in Scotland for his birthday