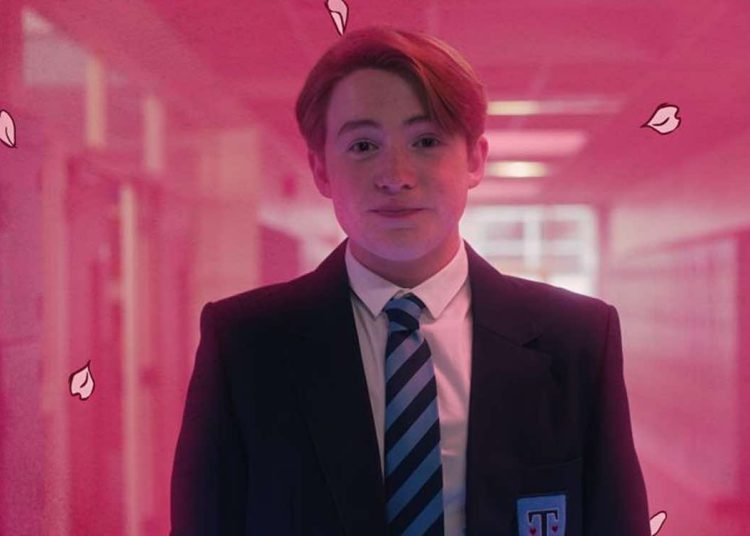 Recently there has been talk on the interwebs that Kit Connor deleted his Twitter account after a video of him allegedly holding hands with a female friend.

This led to him being accused of queerbaiting by alleged fans.

Connor, who rose to fame in the heartwarming and ‘very LGBTQ’ Netflix series Heartstopper, was caught holding hands with Cuban Girl’s Guide co-star Maia Reficco while in Paris.

Although the actor has always spoken out in favor of LGTBIQ rights and the importance of finding referents in fiction, he has never spoken about his sexual orientation.

After the video was posted online and “fans” started accusing him of queerbaiting, he tweeted that he would delete Twitter because it was a “dumb, dumb app.“

this is a silly silly app. bit bored of it now, deleting twitter 🙂

Kit Connor, who plays Nick Nelson on the show, previously spoke about why he refuses to label his sexuality and stopped anyone from publicly debating his sexuality with a tweet in May 2022, saying that people on social media “know my sexuality better than I do.”

Many followers have defended him saying that accusing him just for being with a woman is exaggerated.

“Let’s get a few things straight. Kit hasn’t explicitly talked about her sexuality, so she’s the only person who knows about her sexuality (and maybe friends and family). But this idea of trying to write people off for queerbaiting without evidence…is crazy,” one person tweeted.

Find out how Jungkook succeeded in impressing Beyoncé