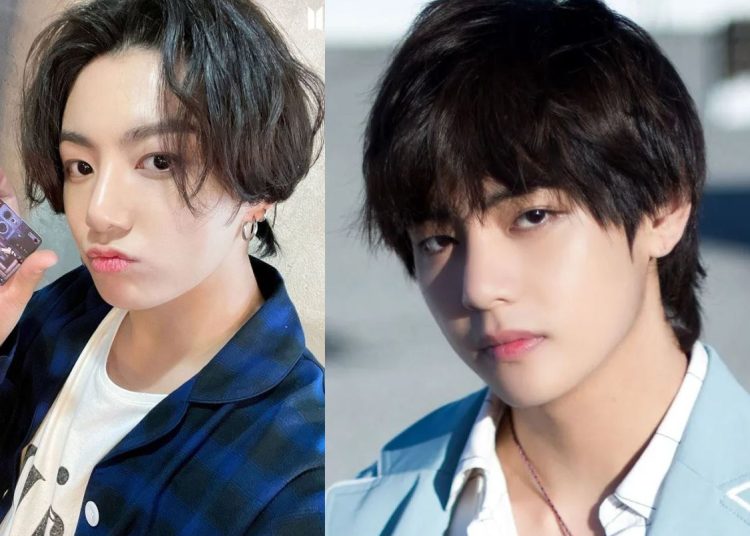 It’s no secret to anyone that the members of BTS admire each other a lot, waiting for any chance to express their feelings and giving each other beautiful compliments that thrill the ARMY with the interactions they have. This time it’s Jungkook’s turn.

The “Stay Alive” performer was doing a livestream on social media having an intimate conversation with his fans, the guy was reading comments and clarifying ARMY‘s doubts. To which someone clarified “Taehyung is handsome”, JK caught the comment and added:

“Of course, he is the most handsome boy I have ever seen in my life. He also looks good in photos WOW, sometimes I admire his face. WOW how can a person look like that? He is very handsome Taehyungie. I totally agree.”

You could also be interested in: BTS’ Jin travels to the United States to start his first solo project in Los Angeles.

The idol’s words resonated on social media, thrilling fans a lot, and once again stoking the ship TAEKOOK or VKOOK, one of the band’s most popular ship, which commemorates the beautiful friendship these guys have had for over 10 years, something really beautiful. You can watch the video below:

BTS’ SUGA surprises ARMY with his unexpected change of look