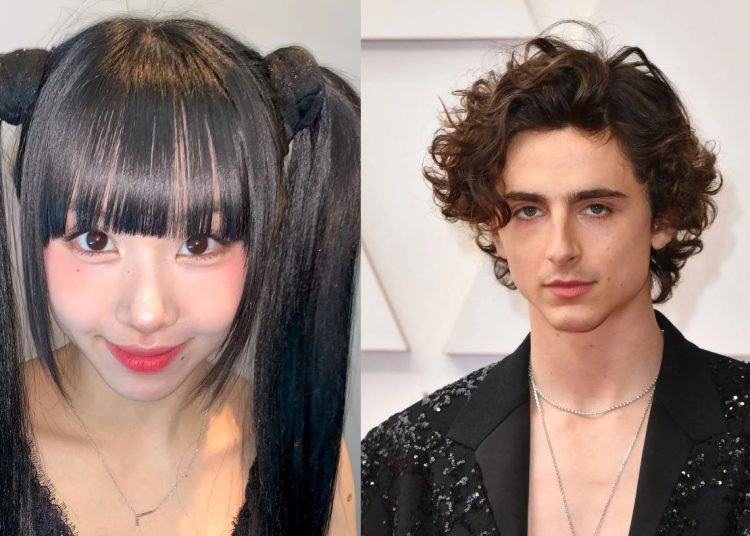 TWICE’s Nayeon and Chaeyoung were the guests of Lee Young Ji‘s web series My Alcohol Diary in its latest episode. More than an interview, it seemed like a casual conversation between friends, as the TWICE members shared their most personal opinions and Chaeyoung undoubtedly left everyone surprised.

It all started when they talked about which celebrities they would love to follow on Bubble (a service that idols use to talk to fans privately for a subscription payment). This was a hypothetical situation. Chaeyoung jumped on the answer and confirmed that there IS an actor she would pay to talk to privately.

You could also be interested in: BLACKPINK’s Jennie and BTS’ V confirm alleged date in New York, United States.

Lee Young Ji as a good friend, exposed Chaeyoung and said that she was thinking about Timothée Chalamet, to which she turned very red and implicitly confirmed that she is in love with the actor of French descent. Without denying what Lee Young Ji said, indeed the ‘Talk That Talk’ performer confirmed that she likes people with slim bodies.

The two TWICE members really had fun during their participation in the web program. Lee Young Ji has an amazing personality where she makes all her guests feel very comfortable and fills them with confidence quickly. You can watch the full episode of Lee Young Ji’s My Alcohol Diary with Chaeyoung and Nayeon TWICE below:

BTS: ARMY relates Jungkook and Lisa from Blackpink for this reason