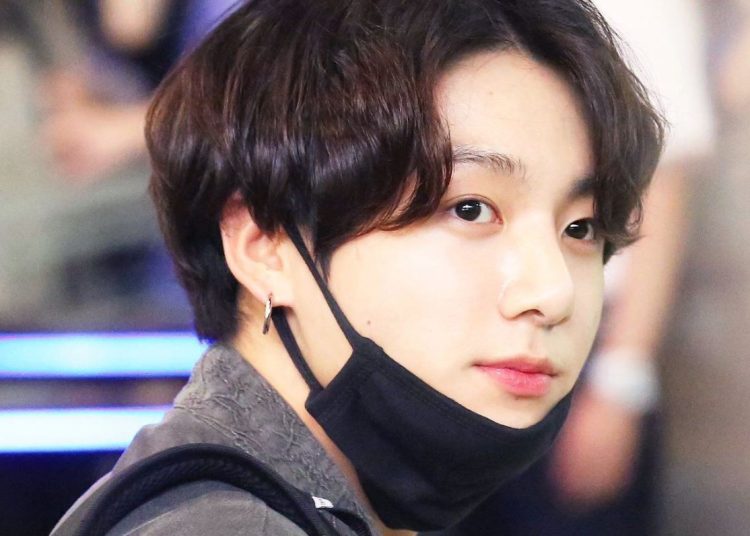 Jeong Jungkook, who is known as BTS’ “Golden Maknae”, turned 25, so a fan didn’t hesitate to give him a birthday gift and in front of dozens of people asked him to marry her. In the images circulating on social networks, the exact moment when the girl kneels down in front of a crowd to ask the cardboard Jungkook to marry her can be seen.

The young woman, whose identity is unknown, is wearing light denim pants, a black T-shirt and a cap of the same color. On the other hand, her friends, who were behind her, appear shouting with happiness and supporting her all the time. Meanwhile, other people who were passing by were static watching what was happening in front of the public street.

In addition, Jungkook’s fan was supported by a young musician who performed the song “Dueño de ti” by singer Sergio Vega, as he appears in the video singing with his guitar to the BTS member. In fact, he looks so excited that he seems to want to laugh.

You could also be interested in: TWICE’s Chaeyoung reveals she is in love with Timothée Chalamet.

The event happened in the city of Monterrey in Mexico, part of the American continent. Meanwhile, users on social networks reacted to the video that was posted by a user on TikTok and so far has dozens of comments and “likes”.

“The boy with the guitar was holding his laughter”.

“So me with a cardboard, but from Taehyung”.

“What? Who recorded me?”

” Everyone with their own problem”