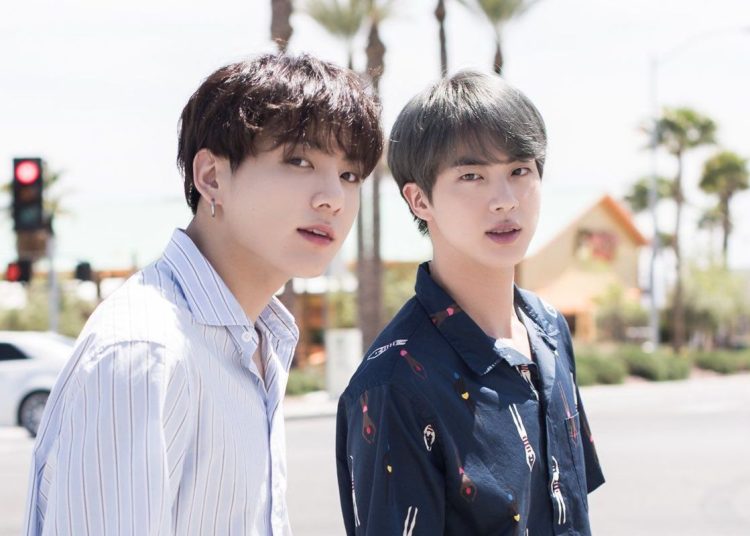 Jungkook celebrated his birthday on a live broadcast and Jin showed up drunk. On September 1st, the youngest member of BTS went online on Weverse Live to share the special date with ARMYs around the world.

BTS’ ‘Golden maknae’, who turned 26 (Korean age), appeared distracted talking to someone who was not on camera. Shortly after he turned on the camera, the youngest of BTS announced that he had Jin as a surprise guest, who had had a few drinks and a gift prepared.

“Before doing the live, a guest came looking for me, and he seemed to have had some alcohol. I’ll call you… Get out!” Jin then got up and joined his dongsaeng, congratulating him and handing him a box as he staggered.

The ‘hyung’ then asked the younger if he should leave and he said yes because he was drunk. “No, I’m not drunk, I just had a glass (of alcohol),” the actor also replied. Jeon looked at the camera and stated that, just a few moments ago, he had told him that there were two.

You may also like: BTS’ Jimin is the only Korean on the ‘Best Celebrity Tattoos’ list. Find out its meaning

“I’m not trying to promote anything, we should cover the brand. Someone I know has a bright green Muscat grape vineyard, so I was going around giving it to our members, and since today is your birthday, here you go!“, Jin explained of the gift.

At one point in the broadcast, Jin asked Jungkook to pretend that he had just come by surprise with the cake that he already had. At that moment, he walked out of the frame and came back with the cake singing “Happy birthday” in Korean. The “Still with you” singer collaborated by acting out his astonishment between laughs.

Jeon Jungkook is celebrating with Kim Seokjin. The way Jin hyung sang him is so endearing on Jungkook Live. He’s being such the sweetest hyung. The best moment of Jinkook !!#JUNGKOOKDAY pic.twitter.com/nEMjSIA7Lw

The famous 29-year-old said goodbye. Alone with ARMY, Jungkook tasted the cake, talked with his fans, showed them his recently released photobook and gave a live music show to those who accompanied him on that special birthday live.