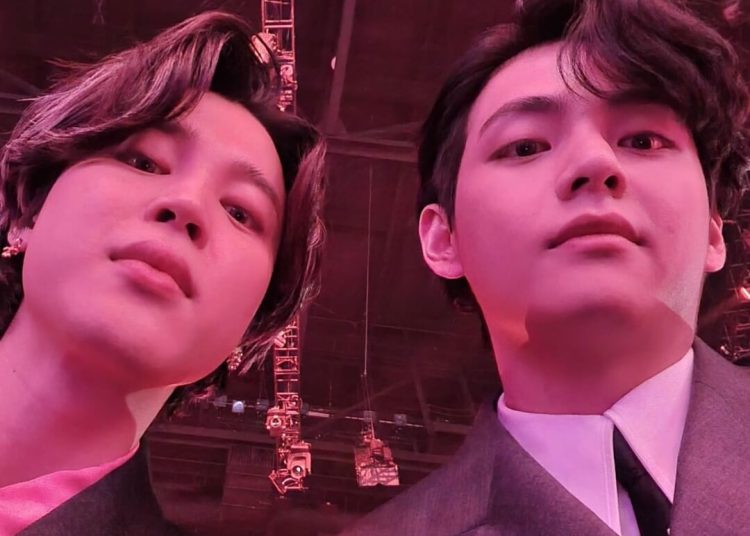 Photos of the posts are found on social media worrying fans, as was one that was referring to the idol, his partners Jimin and Jungkook and the upcoming concert in Busan, where an anonymous netizen threatened to kill V and shared a photo of a gun. One of the death threats read:

You may also like: Find out the records broken by BLACKPINK with ‘Pink Venom’ in 24 hours

“The October concert is free and is a nice change to get rid of Taehyung from Jikook lives“.

“Taehyung only has until the concert in October to live he should learn to stay away from Jungkook and he is an attention seeker nobody loves you Taehyung 80% of this fandom hates you you don’t go out for them they don’t say anything because they are afraid of your fans“.

Recently , some BTS haters disguised as ARMY are giving death threats to JIMIN and V of BTS. A lot of Armies are turning a blind eye to this. This issue must not be ignored and actions must be taken as soon as possible by Hybe according to Army. #ProtectTaehyung #ProtectJimin pic.twitter.com/fVIoaCO3Tq

After those messages were released, things got worse, as new death threats came out, however, in this case they were directed at Jimin, by Taekook fans, who counterattacked after the first threats.

In reaction to the posts, fans took to Twitter and took it upon themselves to inform BTS’ agency HYBE to take necessary action. Meanwhile, subsidiary music label BIGHIT MUSIC have yet to respond to fans.