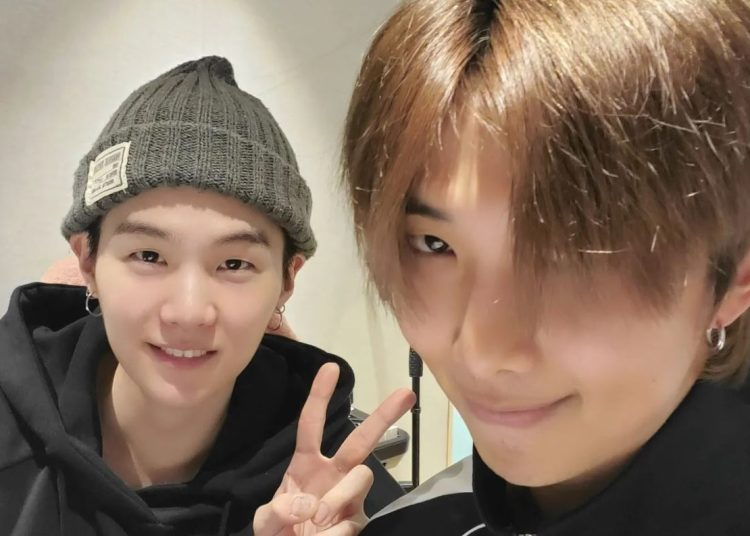 BTS: Suga proves to be the ideal husband for RM with this perfect dynamic

BTS’ Suga became the newest BTS member to release his personal vlog, in this one he went to a wood carving along with his team. The idol attended a private class at a workshop to make cutting boards for the kitchen. But during the class, without thinking, he mentioned one of his best friends in life.

We are talking about none other than Kim Namjoon, he has a beautiful dynamic with Suga. At any given moment, Yoongi gets the chance to reveal that he has lived more time together with RM than with anyone else in BTS. It’s no secret to anyone that when they were trainees they fought a lot, but they went from enemies to lovers making a perfect history.

RM is known to love fine arts, and has a great interest in wooden objects. In his solo vlog he even went to a furniture exhibition and then visited the workshop of Japanese artist Georgio Nakashima in Pennsylvania City. So, while Suga was at the workshop, the first thing he remembered was RM.

You could also be interested in: BLACKPINK’s Jisoo shows off her toned body going wild with her extreme beauty.

He said they both share a love for furniture, but RM has a more artistic way of enjoying things. They also placed in the subtitles “Namjoonie, what’s up?“, again Min Yoongi proves to be Namjoon’s ideal guy after sharing the same likes for things. You can watch the full video below: