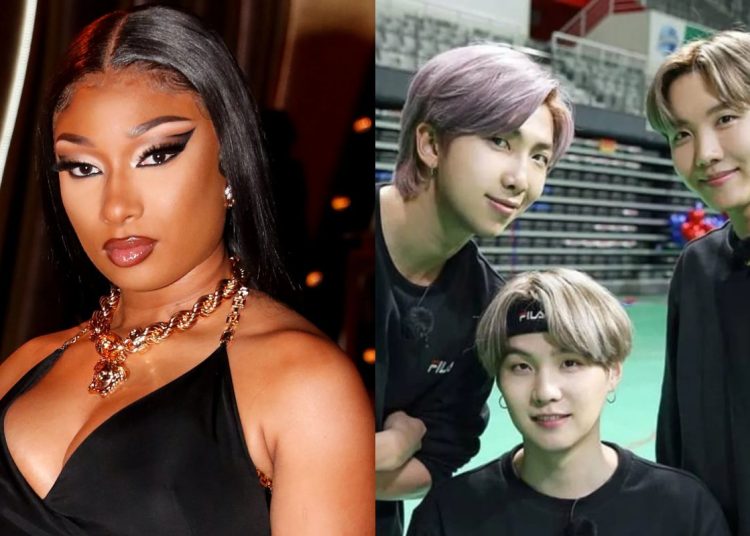 Megan Thee Stallion has released her album “Traumazine” and BTS is not on it. However, fans of the group remain confident that something is coming. Several pieces of evidence support this theory. That’s because the rapper is promoting her work and has found a way to get the K-Pop group involved.

It’s no secret that Megan Thee Stallion is a huge fan of BTS. Last year, for example, she went to court against her record company to release a remix of “Butter“. Fortunately, everything went well and the feat was a success.

Now, the rapper reinforced the good relationship she has with the boys by appearing dressed in BT21, a product line with the group’s mascots, at her Meet & Greet in the United States. At the time of her, she chose the character of Koya, inspired by RM.

As simple as it sounds, this has joined a list of clues that fans have already compiled regarding a new collaboration. The assumption started with recent posts from Megan Thee Stallion and BTS. On Twitter, for example, she said the following:

“Just wait for ME to announce it because at least WE can wait for it together”.

Fans noticed that Megan Thee Stallion tweeted her the words “ME” and “WE” in all caps, and for those who don’t remember, recently J-Hope and RM gushed over the same sayings on social media.