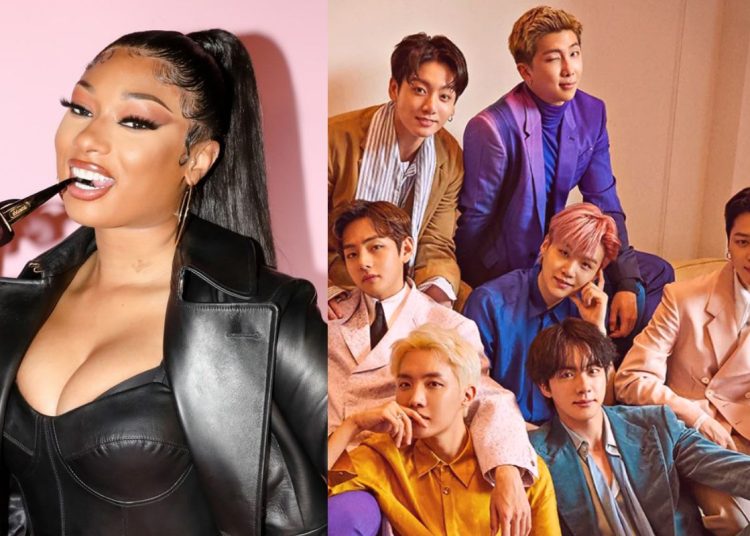 Last year BTS collaborated with Megan Thee Stallion on a remix of “Butter”, it is worth remembering that the feat faced some problems before its release. Fortunately, everything went well, so much so that fans of the K-Pop group began to speculate about a new collaboration between the artists.

This Thursday, August 11th, Megan Thee Stallion announced that her new album “Traumazine” will be released tomorrow. The production will feature the already released singles “Sweetest Pie” in partnership with Dua Lipa, “Pressurelicious” alongside Future and “Plan B.” There will be 18 tracks in total.

But what about BTS? The assumption surrounds the recent posts of the rapper and the members of the K-Pop group. On Twitter, for example, she had this to say shortly after the album was confirmed:

“Last thing lol just wait for ME to announce so at least WE can be excited together love you hotties good night”.

You may also like: BTS’ J-Hope tells the story of the cat he rescued and gave it up for adoption

Initially what she said doesn’t sound like much. But many fans noticed one thing; Megan Thee Stallion wrote in her tweets the words “ME” and “WE” in capital letters and, for those who don’t remember, recently some members of BTS got excited about the same sayings on the networks social.

Earlier this year, J-Hope wrote “ME” on a studio photo posted on his Instagram Stories. RM already captioned a drawing of seven silhouettes on the same social network with “WE”. The words are mirrored, which is known as an ambigram.

Well, going back to Megan Thee Stallion’s post, a lot of people started to think that she didn’t write the words by chance. Mainly because J-Hope and RM, who were more direct than Jungkook, are part of the BTS rap line.